By Matt Carter Almost two years to the exact date of the victory over Angola sealed Cape Verde a seminal quarter-final appearance on AFCON debut, the Blue Sharks have the [...]

The power rankings are done in order of anticipated likelihood to win the tournament and qualify for the knockout round, taking into consideration both long-term results [...]

By Matt Carter In similar fashion to yesterday, day six hardly lent itself to highlighting a standout performer with the subsequent stalemate between Cape Verde and DR Congo [...] 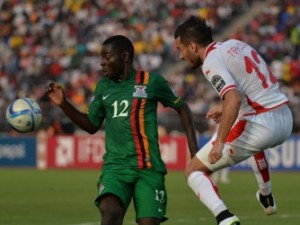 Tunisia 2-1 Zambia By Lotfi Oluwada Be careful to not be wasteful A sentence which would sum up perfectly the crunch between these two former AFCON winners. The first half [...]

By Ryan O’Connor ZAMBIA Kennedy Mweene – 6 Did most things well today but perhaps could have got stronger hands to the winning goal by Chikhaoui. Davies Nkausu – 6 [...]