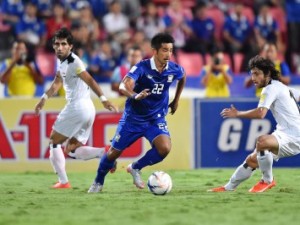 Ahead of the return of Asian World Cup qualification this coming week, excitement is building to see which teams will join Qatar and South Korea in Round 3 of [...]

This year’s East Asian Cup is a thing of past now, and so Tom Danicek returns for the last time with his takeaways. The East Asian Cup tradition remains intact; hosts [...]

In this episode of the SFG Podcast, Amro, Ahmed, Tom, Lotfi & Raphael all give their thoughts on the opening round of games at the 2015 Asian Cup. There’s also some [...]

The Asian Cup in Australia is now only weeks away and here at Sandals for Goalposts we’re planning on keeping you up to date with every bit of action down under. Thanks to [...]