Mali’s exit at AFCON 2015, which was decided by the drawing of lots, was seen as the karmic payback for the bone-chilling football they have subjected viewers to since the [...]

Gervinho, at the time a figure of fun at Arsenal, came into the tournament in poor form, and he struggled to overturn his form during the tournament itself. It was the firs [...] 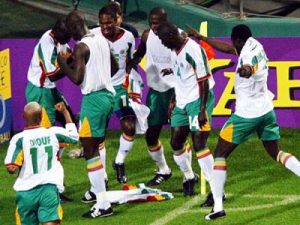 The African World Cup qualifying draw happened last Friday. What emerged from the new qualifying format – where the winner from each group will automatically qualify [...]

By Jimmy Aidoo This year’s FIFA U-17 World Cup starts on Saturday to very little or no fanfare at all. There has been no pomp and pageantry, no road shows; none of the [...]

Words by Jimmy Aidoo MALI – African Youth Championship semi-finalists In Group D: with Mexico, Serbia and Uruguay Mali’s preparation for the World Cup leaves much to be [...]