Rais M’Bolhi Like Tim Howard, M’Bolhi’s reputation has been partly enhanced by poor finishing. That’s not to take any credit away from the man with [...] 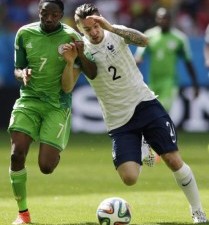 World Cup Preparation: ✮ The Super Eagles organised three warm-up friendlies. The first, against Scotland at Craven Cottage, was overshadowed by rumours of [...]