Words by Tom Danicek With thanks to Hassanin Mubarak and IraqFootball.me Back in 2015, in the immediate aftermath of the last Asian Cup, we rolled out a series called [...] 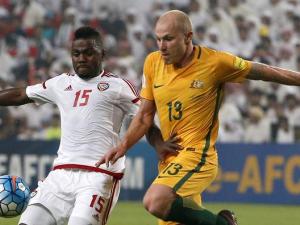 The business end of the World Cup Qualification cycle in Asia begun in earnest on Thursday as the top 12 ranked sides on the continent kick-started their final push along the [...]

Going into Wednesday night’s final group stage matches in Brazil, Asia still held hopes that all three of their participants would make it through to the Olympic knockout [...]

Sunday night saw the second round of Olympic group stage matches, a night that’ll live long in the memory with Asian football fans despite all three encounters finishing in [...]

It was a mixed bag for Asia’s representatives on Olympic opening night, recording a win, loss and draw over their three matches. It was a late one for our own Tom [...]