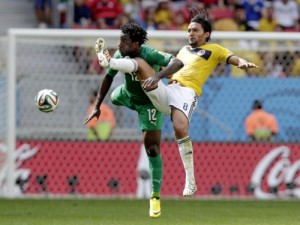 Ivory Coast were outmuscled, outthought and outplayed by Colombia in Brasilia An underwhelming display by Ivory Coast against Colombia, and a bore draw for Japan and Greece [...]

Maher Mezahi and Salim Masoud Said cherry-pick some of the outstanding African players in Europe this season. To the business at hand: Vincent Enyeama (Lille) Coming in at [...]

Whilst some fairly extreme results in other matches of this African World Cup qualifiers make this tie comparably on a knife-edge, Senegal’s chances getting to the World [...]

The outstanding performers from the first legs of the CAF World Cup play-offs. Goalkeeper: Charles Itandje Cameroon set-up defensively with a colossal back four and muscular [...]