Guinea, along with Mali and Senegal, were one of the few teams to go through the qualification process unbeaten. The detractors will say they were in a relatively easy group, [...] 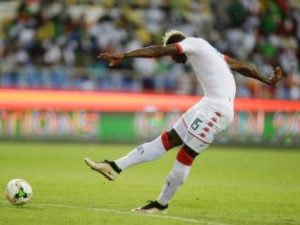 By Sam Crocker Bance’s presence lights up a tense quarter-final All he had to do was get up off the bench and take off his training tracksuit. That’s when people [...]

Cuper and Renard combine two of the tournament’s finer tactical minds A key feature of present-day triumphant AFCON teams has been their flexibility, with tactical variance [...]

Gabon are deservedly out The hosts bow out of the tournament unbeaten with three draws to their name, and that perfectly sums up a side that was respectable defensively but [...]

Gabon brighter than opening game but still fall short Unlike the cumbersome start their opening game, Gabon started this game with real gusto and immediately got the crowd on [...]