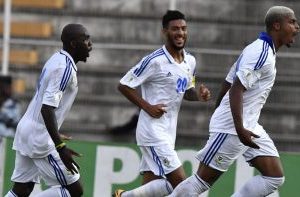 The outstanding individuals from the two matchdays. Denis Onyango Pound-for-pound Uganda are probably the best team in Africa but, as Egypt found out, they’d be [...]

The late John “Shoes” Moshoeu, who passed away in April last year, was a frontline figure in leading post-apartheid South Africa into the international football [...]

Ahead of Nigeria versus Algeria, SFG’s Maher Mezahi spoke to the excellent Solace Chukwu to preview the Saturday’s massive [...]

Euro 2016 starts tomorrow so it’s time to indulge our imaginations and pit our wits against each other. Register here. One team per person. Use your real name (we realise [...]

Words by Tim Lee K League is back! And I know what you’re thinking. Why watch K League if you can watch the superstars of the CSL? It’s a fair point. Except let’s be [...]