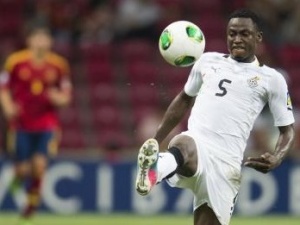 Earlier today, Italian Sky Sport reporter Gianluca Di Marzio confirmed that Chelsea’s deal for Augsburg left-back Abdul Baba Rahman had been completed. With there being an [...]

It may be subjective, but, for me, the highest levels of beauty on a football pitch can be found in a properly executed dribble. The mind games employed to handicap an [...]

Jonathan Wilson published an editorial during the 2013 African Cup of Nations in late January. The short piece highlighted the difference in Gervinho’s demeanour when [...]

February 13th 2010 was notable in my life not only for being my 19th birthday, but also a landmark moment in the history of Torquay United…OK, perhaps I’m [...]

10. Christopher Katongo (Henan FC/Zambia) – It was the elder Katongo’s club form that saw him slip to 10th in our list. Katongo notched a respectable 9 goals for [...]