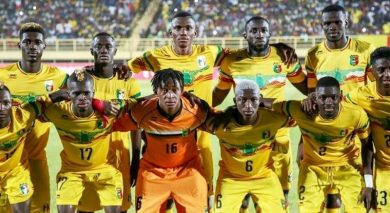 For a few decades now, Mali have consistently put out respectable teams yet have struggled to break into the African elite. The Eagles have recently been a physical side that lack creative inspiration since the departures of Seydou Keita and Frederic Kanouté.

However, buoyed by their youth teams, Mali have a promising long-term future. With impressive appearances at recent U20 and U17 World Cups, many pundits are betting on Mali to soon become one of Africa’s best sides.

Qualifying was fairly straightforward for Les Aigles. In six matches they only conceded two goals and scoring a solid ten. Led by a local coach in Mohamed Magassouba, expectations are at a manageable level back home, with most supporters expecting to get past the group stages, but not much more.

Magassouba is a throwback African coach, having helped the develop the game across the continent. In DR Congo, Magassouba is respected as the coach that helped them qualify to the 1998 Cup of Nations. He is also revered in Gabon for coaching there before it was fashionable.

Some will argue he is the perfect man-manager to help this young side deal with the jitters of a major tournament.

Magassouba has stuck to a meat and potatoes formation with two holding midfielders, speedy forwards and a targetman in a attack. You can expect Amadou Haidara and Lassana Coulibaly to be mainstays in midfield. Moussa Djenepo and Moussa Doumbia wreak havoc on the wings and Moussa Marega capitalizes on the commotion to notch goals.

Midfield torque – With the ‘Red Bull midfielders’ Amadou Haidara and Diadie Samassekou as option to help partner Lassana Coulibaly and Idrissa Traore. Not many other sides will win the midfield battle when they come up against Mali.

The goalkeeper position – Goalkeeping is Mali’s main weakness, and it didn’t help when Mamadou Samassa (14 caps) decided to prioritise his club career and skip out on this year’s Cup of Nations. As a result, it is the wonderfully-named Djigui Diarra who will play between the sticks.

Now that Yves Bissouma has been ruled out of the tournament with a shoulder fracture, Mali’s star man is Moussa Marega. The industrial striker has enjoyed fruitful spells in Portugal with Porto and will lead the line for the North-West Africans in Egypt.

Take your pick! Winger Moussa Djénépo, Amadou Hadara, Sekou Koita off the bench… Pretty much anyone in this Malian side would qualify as our hipster’s choice. Sekou Koita’s recent appearances at the U20 World Cup, however, tilt the scales slightly in his favour.

After Alain Giresse was fired 14 months ago, it was expected that Mohamed Magassouba would only stay on as an interim coach. Yet, the 61 year-old caretaker has held on to the job, helping Mali qualify to the 2019 Afcon. His greatest exploit on the international level would be getting Les Aigles to the knockout stages of this tournament.

A Round of 16 appearance is likely, but it is doubtful that this Mali side has enough experience to go further than that.