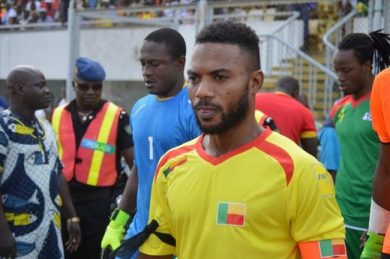 They say never go back. But Michel Dussuyer did just that, and, so far at least, it seems to be working.

The last time Benin qualified for AFCON, in 2010, the Frenchman was their coach. He left in acrimonious circumstances, claiming he hadn’t been informed he had been sacked in the aftermath of AFCON 2010. It seemed he took the golden touch with him as Benin failed to qualify for four consecutive AFCONs.

Nearly a decade later, the reunion with Dussuyer has seen another honeymoon phase. Benin relied on their home form to book their ticket to Egypt. Indeed, the mighty Algeria, Gambia and Togo all fell at the burgeoning fortress that is Stade de l’Amitie as they were hit with a yellow wall.

The maximisation of home-field advantage plus a solitary point away to Togo was all it took for them to return to Africa’s premier competition. Yet with just five goals scored they are among one of the weakest teams that have qualified in terms of goals scored. In fact, only Kenya scored less.

Benin come into the tournament with a point to prove given the manner of their qualification though their group wasn’t necessarily easy-peasy. Coaching at his sixth AFCON, Dussuyer also has a similar challenge given his poor track record at the tournament.

Benin look set to deploy a 3-4-3 system though they have also used a 4-5-1. The back three usually used has young centre backs Olivier Verdon and Moise Adilehou with the experienced Khaled Adenon. All three have been commonly used in qualifying and have built a good understanding.

Huddersfield’s Steve Mounie, one of the tournament’s best target men, and he is a sure starter as the centre forward in either system coach Dussuyer will opt for. He has the skill to bring an enigmatic set of players behind him, such as Joel Dossou, into play. There’s pace in this Benin offensive line and Mounie has the ability to drop deep and pick them out.

Defensive solidity – Dussuyer has experimented with a back three that is solid rather than spectacular but may be able to frustrate the opposition. The French-born Olivier Verdon has impressed in qualifying as the left-sided centre back in a back three, barely putting a foot wrong. His accomplices have also been very able. Dussuyer most certainly has a foundation to work with here.

Can they do it away from home? – Performing in away games is more of a yardstick of how a team will do on neutral ground than performing in home ones. Their poor away form means we don’t quite know which Benin will turn up in Egypt but the signs are ominous. Likewise, their attack, bar Mounie, is as temperamental as their home and away form.

Former English Premier League trickster Stephane Sessegnon is the most recognisable name in this squad and is still their star man. His 35 years of age haven’t affected his ability to ghost past sorry full-backs and his dynamism makes him a valuable player that can also play through the middle. He’s still going strong, helping Genclerbirligi get back to the Turkish Premier League this season. How Sessegnon is that!?

Sochaux’s Olivier Verdon has shone in qualifying, his most impressive performance coming in the memorable 1-0 win over Algeria. Faced with the hold-up play of Ishak Belfodil, the centre back stood his ground, reading the situations before cleanly dispossessing him. Performances like that have made him a Dussuyer favourite.

The former goalkeeper had a torrid time at the last AFCON when his Ivory Coast team never quite got going and he didn’t seem to have any solutions. With his reputation in tatters after that underperformance, Michel Dussuyer will be looking to use this tournament to repair his reputation.

It’s a tough ask to expect them to get out of this group. Benin have some interesting players but don’t have the depth and quality to cope with the challenges they will face.