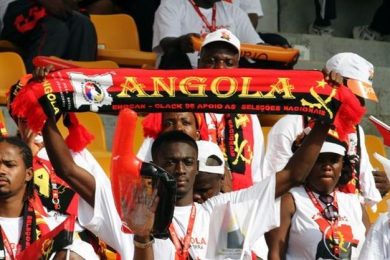 For years Angola have arrived at the Cup of Nations showing flair during qualification. They reunite with AFCON with perhaps even more flair in their ranks.

They qualified top of their group with 12 points, level with Mauritania, but pipping them on head-to-head goal difference. That was after a poor opening day result when they were thrashed 3-1 by Burkina Faso.

Similar to the likes of Benin and Tanzania, they have made it through making the most out of their home advantage to propel them to AFCON. Estadio de 11 Novembro has been a tough place to go to for opposing teams.

Free-flowing football with raids down the wings have made then more than the workmanlike team they are usually characterised as. Their fleet-footedness in attack provided by the likes of Gerson Dala and Geraldo, both formed in the lucrative local league, only adding to the entertainment on show for their home fans.

This could be the last tournament for long term servants captain Djalma Campos, Mateus and Dani Massunguna. Mateus has just turned 35 so this will most definitely be his international swansong while Campos and Massunguna probably only have one tournament left in them if they decide to give it another try.

A knockout stage appearance would be a satisfactory performance for Angola after four editions of a mix of not qualifying and falling at the first hurdle.

Angola have favoured a hybrid of a 4-2-3-1/4-4-2 during qualifying. The leader in defence is Lazio’s Bastos who partners Dani Massunguna, Isaac is likely to start on the right while the left back position is up for grabs.

Ahead of them the graceful Herenilson and Schow have been the midfield pairing and are good on the ball. Gerson Dala spearheads the attack with Mateus and Djalma stationed down the flank while Fredy plays more of a second striker role. Geraldo and Wilson Eduardo are likely to make an impact from the bench.

Wide men – Angola have a collection of tricksters down the flanks like a Poundland version of Ivory Coast’s. Finishers like Mateus and Wison Eduardo are complemented by the trickery of the likes of Gerson Dala and Al Ahly’s Geraldo. Both of them can also deliver a good final balls from the byline. This was a constant source of danger for the teams that faced Angola during qualification and faced a set of attackers rarely highlighted but very capable.

Inconsistency – Angola have come to AFCON looking promising but failed to translate their form. The same thing could happen again with their from on the road not making them a team to back.

Mateus has usually been the player Angola can rely on, especially during qualifying which he breezes through. It was the same case in this round of qualifying. The 35-year-old notched three goals to show the young pretenders looking to displace him that he’s still the king.

Gelson Dala was Angola’s best performer during qualifying and one of the best performers in qualifying overall. He is equally capable of playing as the main striker or as a second striker. He tore Burkina Faso and Mauritania to shreds in qualification and leaving him one-on-one is something that defences should be advised against.

Srđan Vasiljević took over in December 2017 with the mandate to qualify for AFCON. With an unremarkable coaching career behind him – the highlight was his time as an assistant coach of the Serbia national team – he has a lot to show to prove he hasn’t just got lucky.

They have the slight psychological edge over Mauritania but Angola will have to over-perform to beat Tunisia and Mali. Given their insipidness when away from Angola that is unlikely.