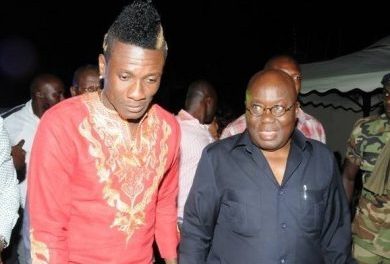 The subject of squad selection has always been a sensitive matter. It is sensitive in the sense that everyone has an opinion on it, as we have seen in the past fortnight as teams at AFCON have confirmed their final squads for the tournament.

As a coach you are trying to respect what feels like the opinions of people ranging from the country’s head of state to a newborn baby. In other words, you have the pressure of every single citizen of a nation being interested in how the national team is doing.

Emotions run very high and the temperature boils as squads are announced. The coach of the national team and their respective technical bench shouldn’t be hot-headed. They have to put their system and values at the forefront of their selection. Other people have sentiment but, at the end of the day, you need to pick the players as per demands of the competition.

Often, people are more interested than who has been dropped than those who have selected. That is what makes the headlines. Fans have to understand some players have great technical ability but they can’t be the right puzzle in the mozaic. A coach has the right to choose the collection of people. Coaches are accountants of what they are doing, and the squad selection is an important part in international football.

Every respective national team has their way of operating. This comes down to the structure of federations. It is very important that coaches have a proper institutional channel of informing the public who has been selected.

In Africa we have situations where the squad is leaked before it has been officially announced. So many people know who is there and not there. It is important it is announced officially via the media officers, where members of the media are informed.

Some national coaches have explored abroad for options in the diaspora. In some cases these players have never visited those nations. The danger is these players may not be able to appreciate the pressure upon them.

For me, I give credit to the coaches that have stuck with their original groups and opted to open the door for other players, that were not part of the qualification process, after AFCON. Football is a team sport where it’s not easy to bring a new player and assume they’ll quickly bond with the team in the space of a few weeks.

I totally disagree with coaches that have brought in new, uncapped players just for this competition. These players have no time to adjust and add value to the team. I believe these players should be added to the squad after the tournaments. When you go to the tournament you go with the soldiers that you trust. This is my personal belief.

Choosing the final 23 is about picking the best individuals that can serve the needs of the team. That’s three goalkeepers and having competition in each position, so at least two players that can play in a particular position.

You have to consider the influence of some players on the group. I call them ‘generators of positive energy’. These players give special spirit to the national team. These players are invaluable and very much welcome.

We have seen a situation recently where the Ghanaian president convinced Asamoah Gyan to unretire from international football. There is too much at stake and too much investment from players, governments, federations and technical teams.

Every coach now has connections with the clubs that players are playing for. Prepared coaches will have tracked the physical condition, mental condition and form of their players. That is because squad selection is like a precise neurosurgery operation. Every angle has to be scanned and everything has to be done not to make mistakes.

The hardest thing for coaches is informing those who haven’t been selected. In my eyes, it works better when done they are informed individually rather than a group. Players should be called and given reasons as to why they were not selected. The danger of not doing so could kill the spirit of the team.

The most straightforward approach is an honest, sincere conversation and telling them the reasons why they are not part of the team. You have to have some empathy and tact as some of these players will be useful in the coming years. It’s particularly relevant for African teams as there are World Cup qualifiers and AFCON qualifiers where you may need these players again.

The important thing is dirty laundry doesn’t come out. Bad news is good news so negative information sells. The power of strong teams is to keep the dirty laundry within the team and paint the picture of unity and togetherness.