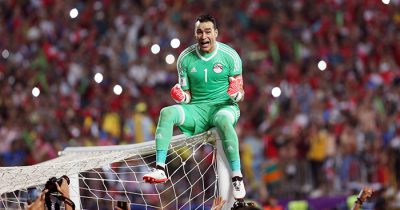 Egypt are a one-man side in every sense of the term. The Pharaohs come into this World Cup as perhaps the African team most reliant on one individual – Mo Salah – since 2006, when Togo passed the ball to Emmanuel Adebayor and hoped for the best.

Like Argentina without Messi, Egypt plummet from a good side to an ordinary one without Salah. Playing cautious football, and letting Salah do the rest, is what has got them to a World Cup. Unlike sides with modest history, the style of football has been a matter of consternation for the fanbase of Africa’s most successful national team.

But it doesn’t have to be beautiful when the end justifies the means. A first World Cup since 1990 justifies it, as does the first Africa Cup of Nations qualification in 2017 after a seven-year absence. In qualification for both they overcame Nigeria and Ghana, respectively, which are no easy feats.

Hector Cuper’s results speak for themselves, then, but the rumblings of dissatisfaction remain. They fell just short in the AFCON final last year, unable to reframe their mindset once a workaday Cameroon side equalised after a tournament of sitting on 1-0 goal leads.

That result encapsulated the downside of Egypt’s approach. Rather than really going for it after leading, they seemed content to coast through and avoid defensive mistakes.

Qualification from Group A will depend on the fitness of Mohamed Salah. While warm up friendlies must be judged with a set of footnotes, Egypt limp to the World Cup winless in three games and having been unable to solve the Salah conundrum.

Hector Cuper plays a 4-2-3-1 system that sits deep and hits opponents on the counter-attack. They have, in more recent times, been pressing teams high. The shape of the back four is almost always maintained. The centre back pairing of Ali Gabr and Ahmed Hegazi provide backs-to-the-wall defending, and the full-backs rarely venture past the halfway line. In front of the defence Tarek ‘The General’ Hamed and Mohamed Elneny provide further protection. Salah’s individual brilliance has always been key in this system. He has always been able to create for others and for himself making him absolutely invaluable in giving the team the belief that as long as they defended well they can overcome opponents.

Trust in the system – A soft core on the road was partly to blame for Egypt’s long term absences from the World Cup and AFCON. The current football won’t shuffle arses on the edge of seats but it will guarantee that Egypt make more tournaments than miss them. Cuper actively champions the avoidance of defensive mistakes rather than going gung-ho for goals, and in major tournaments that can work in your favour, as they relatively proved at AFCON. Beating Nigeria, Ghana and Renard’s Morocco shows that this is a system that works.

An over-reliance on Salah – It’s unclear whether the Egyptian FA hope he is fit or if he’s genuinely fit. Only one recognised striker, Marwan Mohsen, has been named in the squad and the warm up friendlies were fruitless in establishing an alternative approach to cope without Salah. This was always the danger when Egypt relied so heavily on one player.

Mo Salah – You thought of another player? Wow realllllly.

Abdalla El Said – The Al Ahly attacking midfielder has gone typically under the radar before the tournament. Well, SFG won’t let one of its favourite players down. The 32-year-old has always gone unnoticed to a YouTube generation, and though he isn’t the quickest and flashiest, he does take up the right positions in and around the penalty area, like an Egyptian Frank Lampard. He is a key source goals and creativity in this Egypt side.

Hector Cuper – Losing an AFCON final last year was another runners-up medal to add to his reputation as a ‘nearly man’. The peak of his career was in the early noughties when he lost two successive finals with Valencia, and it seems wherever he has managed in his career he has finished second. The Argentine belongs to the Carlos Bilardo school of thought where victory must be achieved by any means necessary.

Everyone here in Port Said is waiting and ready. People are reserving every place in every cafe to watch the game. It’s all sold out. I really think that Trezeguet will make the difference for Egypt in the absence of Salah. We will make it through to the round of 16 with Uruguay.

I think there is a general opinion that this is by far the weakest Egyptian team we’ve had in the past 15 years. The mood before the team landed in Russia was negative but theres huge hope that Salah can lead this team to a massive achievement. Somehow Egypt always produce when they need it most, at big tournaments.

Group stage exit – A firing Salah would pull them to the second round. With no guarantee of his fitness we can’t bank on them qualifying from the group.