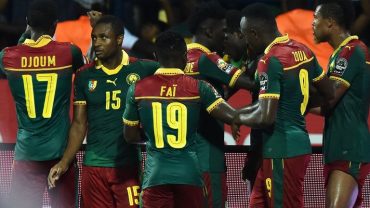 Here it is: the least hyped AFCON final in recent memory. Finalists in recent AFCONs have included one of the most reaffirming stories in the history of football (Zambia, 2012); a clash of two titans in Rigobert Song and Ahmed Hassan tugging their teams to glory (2008); Ghana’s young pretenders attempting to stun a Shehataian Egypt at their apogee (2010); Burkina Faso’s motley crew seeking to get past Nigeria (2013); and, finally, long-suffering Ghana and Ivory Coast seeking to end their drought (2015).

AFCON finals are usually tight affairs. In that respect, they are not too different to most international major tournament finals. Egypt and Cameroon bring narratives of their own to salivate over but it’s hard to think of an AFCON final that has had two more defensive sides. Fans, above all, crave entertainment and those unaffiliated with these two nations have not been entertained in this tournament.

In Egypt’s case It wasn’t unexpected. The way teams play can fluctuate wildly from qualifiers to the tournament itself, but Egypt’s approach in Gabon has been typical of their reign under the inscrutable gaze of Hector Cuper. The defensive core of Essam El Hadary and the flawless defensive pairing of Ali Gabr and Ahmed Hegazy, have looked, for the most part, impenetrable to opponents. While the football served hasn’t been particularly easy on the eye –  with the likes of Abdallah El Said and Mohamed Salah hindered by poor pitches and being isolated – the results, including wins over Ghana and Morocco, have more than done the talking.

The danger is when such a conservative approach doesn’t result in dividends criticism can rapidly amplify. And there is a risk of that if Egypt, a country famed for a more marketable style of football, don’t go on to win the tournament. Cuper has, in fairness, done enough to stay on as Egypt’s head coach, with the result of this final unlikely to see him depart from his job; not while he’s in pole position to mastermind Egypt’s return to their first World Cup since 1990.

On a personal level, the final result matters to Cuper, who has for so long viewed as a nearly-man. His teams finishing as runners-up has typified his peripatetic career, with the most noteworthy example the back-to-back Champions League runners-up finishes with Valencia in the early 2000s.

Like Egypt, Hugo Broos’ Cameroon side have by no means played extra-terrestrial football. Far from it, in fact. Beset by absentees before the tournament, and Broos himself wielding the axe on the likes of Henri Bedimo and Aurelien Chedjou, the Indomitable Lions were looking more domitable than ever, despite the lamentable football they have produced in the past few years.

The beauty in their path to the final has been the simplicity of their football combined with the unfashionable nature of their team, as if they sought a consultant to find out how a way a limited team can navigate to the final and then executed the plan to perfection. Broos’ team has been star-free, by the names in starting XI and the amount of stardust in it, and this run is very much owed to the collective.

The more familiar names in the squad, Vincent Aboubakar and Nicolas Nkoulou, have largely spent time on the bench. Skipper Benjamin Moukandjo has been a regular starter and is, remarkably, the only survivor in the starting XI from Cameroon’s disastrous 2014 World Cup campaign. Cameroon, then, haven’t had the luxury of sealing a solid framework with a player of Salah’s class, like Egypt have at times, though Moukandjo is more than capable he has, apart from a wonderful free-kick against Burkina Faso, had a quiet tournament.

The lively Christian Bassogog has been their best outfield player and Fabrice Ondoa has been an authoritative, vocal presence at the back. Without the latter they may not have made the final – not just for denying Sadio Mane in the quarter final penalty shoot out, but had he not made the last-ditch save against hosts Gabon in the final group game Cameroon’s tournament would have ended.

Bassogog and Ondoa aside, it’s hard to pick out outstanding individuals from Cameroon’s ragtag bunch, though Michael Ngadeu-Ngadjui and Adolphe Teikeu came to the fore versus Ghana. The Indomitable Lions’ starting XI in the semi final featured players plying their trade in nine different countries, including Czech Republic, Denmark and Slovakia. Before the tournament most of the players in the team were very much – and, to the casual analyst, still remain – Rumsfeldian unknown unknowns.

While we have seen disorganised teams rapidly gel and embark on memorable runs, they have usually tended to have a good mix of quality or home advantage, or both – and even then it’s never resulted in a run to the final, with the cream rising to the top in the end. Cameroon came into the tournament brimming with uncertainty, a lack of quality, and they have had to endure a tough knockout phase to overcome Senegal, the most fancied side after the group stages, in the quarter-finals, and then a tournament-primed Ghana that trumped them in terms of AFCON-level experience.

Both teams have had brushes of luck on their way to the final, emerging victorious in penalty shoot-outs. Above all, a good defence is a prerequisite of winning an AFCON and these two sides, as well as any of the teams that have appeared at the tournament, have truly solidified at the back, concealing the individual weaknesses within their ranks by making the most of the resources at their disposal to march into the final.

For Cameroon, it’s been forming a competitive, competent, sturdy team, from players that have rarely played together, in a short period of time; for Egypt, it’s been the implementation of a more workmanlike, safety-first approach on the continental stage which all the players have had to buy into, or at least sacrifice much of their individuality (like winger Mahmoud Trezeguet, who has probably tracked back more than gone forward), for it to work. On that basis, they will both be worthy winners in their own right. Tonight, something will have to give.