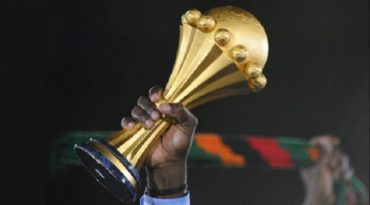 To the business at hand.

Who will win it and why?

James Bennett: Algeria – it’s an open tournament but they have the best squad now

Lotfi Wada: One of these I’d say: Ivory Coast, Algeria, Egypt or Ghana as they look ahead of the rest tactically and in terms of talent.

Salim Masoud Said: Ivory Coast – It’s the most open tournament in years so I’m not going for them with emphatic confidence. They are the current champions and they are hard to beat.

Theo Sakyi: Ivory Coast don’t have the stars of previous year’s but they’re organised, more creative in midfield and can still kill on the counter.

Sam Crocker: Gabon – I’ve got a sneaking suspicion that they might go all the way. The hosts always do well at AFCON, but they’ve got a settled squad, excellent players and a mental manager – the perfect storm for tournament success.

Who will flatter to deceive?

JB: Ivory Coast – I don’t think they have the personalities in the squad to repeat 2015

SMS: All signs point towards Ghana not doing well. They will have to work harder than ever to reach their usual semi-final minimum.

TS: Cameroon – they’re awful going forward and will face much better defences than they have in qualifying.

SC: Senegal – Tough group, easy qualification won’t have tested them much. Bottled it in 2015, can see them doing it again.

JB: DR Congo – not sure it’s that much of a surprise any more but they’re up there with the best teams

LW: Tunisia (I’m writing this in hope) and Gabon.

SMS: Gabon. They’re better than they were 5 years ago. They could go all the way this time.

SC: Togo – someone terrible always does well at AFCON. With Claude Le Roy in charge, they could cause a few upsets I reckon.

Who will be the leading scorer?

JB: Keita Balde – thriving off the space created by Mane

LW: 3/4 goals should be enough..Aubameyang is a good bet me thinks.

TS: Sounds ridiculous, but I’ll go with Ahmed Akaïchi. I think Tunisia will overachieve and he’ll score some jammy goals.

Who will be the breakout star?

JB: Jonathan Bolingi – currently playing for TP Mazembe but I reckon he’ll be due a move to Europe after this tournament’s over

SMS: Franck Kessie. Jonathan Bolingi, too, if he starts.

TS: Thomas Partey, if Avram Grant is brave enough to start him.

What are you most looking forward to?

JB: Seeing Guinea-Bissau and Uganda, two squads we haven’t seen before at this level in a tournament

SC: The beautiful, beautiful chaos. One of the most open tournaments we’ve seen in a long time. AFCON is normally pretty unpredictable at the best of times, so I have no idea what will happen this time. But then again, if we expect it to be unpredictable, will it then become predictable? I honestly have no idea, and I’m very excited.