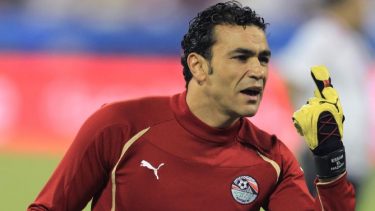 Egypt are back. Few could have projected back in 2010 that the efflorescence of Egyptian football, an unprecedented hat-trick of AFCON glory, would be followed by a hat-trick of absences.

Surviving members at the frontline of that epoch remain in the form of the evergreen goalkeeper Essam El Hadary, 43 (soon to be 44), and right-back Ahmed Fathi, 32, as well as Ahmed ElMohamady and Mohamed Abdel-Shafy, though the swashbuckling football that Mohamed Aboutrika and company produced is no more.

Disciplined, counter-attacking football, a trademark of coach Hector Cuper, has been prioritised over the decorative football that the common people often like to see. And though the fans of teams that are renowned for beautiful football rarely truly embrace cautious football, even the naysayers would reluctantly admit that there are grounds for optimism for the Pharaohs after their time in the doldrums.

Indeed, they have, from a tactical perspective, probably been the best side in Africa since Cuper’s takeover. The counter-attacking stratagem he favours has seen them overcome Nigeria to qualify for this tournament, and the recent defeat of Ghana in the World Cup qualifiers was just as impressive as they utilised similar tactics to dim the Black Stars and heighten their chances of rolling up in Russia.

The seven-year absence doesn’t mean that the pressure has lowered – they have, of course, won the most AFCON titles with seven stars to their name. They won’t receive pats on the back for a valiant group stage exit or for a quarter-final appearance. The Cuper detractors would just say they were right all along.

Hector Cuper deploys a conservative 4-2-3-1 formation with the team sitting very deep, a complete antidote to the style of football observers have associated with the Egypt national team. The chain of this system starts in defence, which is well protected by Arsenal’s Mohamed El Nenny and Tarek Hamed, but Mohamed Salah’s importance can’t be understated. His speed and acceleration make the Roma man a danger to any defence over the course of the game, stretching them and keeping them on the edge. His team will often look to release the ball to him, and, playing on the shoulders of defenders, he has the quality to create goals not just for others but also for himself, sometimes out of nothing.

Tried and tested approach – The criticism about his approach from fans and pundits hasn’t affected Cuper’s train of thought one bit. He has unashamedly stuck to his approach and his team has followed. The results have been doing the talking and to overcome Nigeria and Ghana shows the confidence that is currently flowing through the side. Ivory Coast had to swallow pride in order to play the kind of disciplined football that wins you tournaments, and Egypt are going through a similar process of changing their psyche.

Defensive deficiencies – There are individual weaknesses in defence and this is largely why Cuper has been a good appointment – his conservative approach suits a team that wanted to replicate the attacking football of the past but didn’t have the defence to consistently record the necessary results, the type which get you to tournaments. The rigidity of this system masks the weaknesses but could things unravel in this testing half of the draw?

Mohamed Salah – Not just a key player but key to their style of play. It’s no exaggeration to say for teams to beat Egypt, they will need to treat Salah with caution and execute a plan to contain and nullify him for the duration of the game. He scored 5 goals in qualifying, notching a goal in each game (including the annulled game against Chad). Bassem Morsy’s exclusion after a fall-out with the management staff makes him even more important.

Abdallah El Said – There are shinier and flashier players like Ramadhan Sobhi and the two Mahmouds – Kahraba ‘Electricity’ and Hassan ‘Trezeguet’ – but the 31-year-old is a man that discreetly goes about his business and – whisper it! – is more effective. The attacking midfielder has a club goal scoring record most strikers would look at with envy, and he’s been dead-eyed in World Cup qualifying so far with 2 in 2.

Hector Cuper – The cosmopolitan Argentine is most famous for his time with Valencia in the early 2000s, where he lost two successive CL finals. That was a perfect snapshot of Cuper’s career: wherever he has managed – and he has been around the block – a recurring theme is how he tends to lead his teams to the runners-up spot. His teams tend to play disciplined, intense counter-attacking football.

By The Numbers (courtesy of We Global Football)

Quarter-finalists – If they play like they have been during qualifying, there’s no reason why Egypt can’t even go all the way.