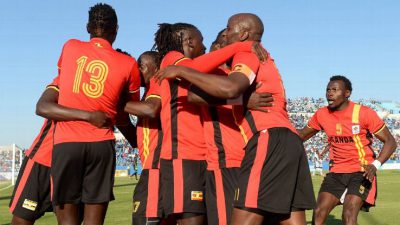 The fear when the new qualifying format for the Africa Cup of Nations was unveiled was that it would favour the big guns of Africa, that it was essentially a safety blanket to guarantee they qualified for the major tournament, maximising the financial returns.

The line of thinking was that removing the preliminary rounds where the poor could eat the poorer and lengthening actual qualification to 51 teams, where 13 group winners and 2 best runners-up would qualify, would dilute the quality and only serve to guarantee the top seeds a 6-point banker when they faced these minnows.

While that hypothesis hasn’t been refuted –  with no major qualification shocks minus the failures of Nigeria and Zambia to make it to Gabon – qualification, for the most part, hasn’t been plain-sailing for group favourites. Djibouti, with 6 losses from 6 games, are the only team that have been the stereotypical whipping boys, the rest, bar the odd whipping, have at least gained something out of qualifying and more competitive action, particularly the lessons learned from their travels, will surely help to improve their quality rather than like in the previous format, where they would be bystanders if they had exited in the preliminary rounds.

The format has its flaws, but the return of Uganda, Zimbabwe and first-time qualification of Guinea Bissau shows the element of surprise is still there, and Central African Republic and Sierra Leone should count themselves unlucky not to have made it. The quick-fire, six-game format and minimal margin of error of qualifying hasn’t changed from the previous format. That gives the non-top seeds hope as all it takes for the giants to fall is a bad result or two, as Nigeria found to their cost and Ivory Coast nearly found to theirs. And if they do well against the non-top seeded teams in their group they have a realistic chance of finishing as one of the high placed qualifiers.

It was respite and closure finally for Uganda after various near-misses since 2008 and not appearing at an AFCON since 1978. Each of those misses has carried its own type of pain but the penalty shoot-out defeat that saw Zambia shrug them off to qualify for AFCON 2013 is undoubtedly the most painful.

Through the last 6 years the Uganda Cranes have shown they have the Malian-like doggedness to go on a tournament run and now, in Micho Sredojevic, the type of coach with the sagacity to mastermind it. It’s their outstanding home record in competitive games – a solitary home defeat in 12 years – which has seen them topples the likes of Nigeria and Ghana in Kampala, and seen them step so near to the finishing line of qualification.

Achieving qualification is the overcoming of a painful mental barrier, and with this being their first appearance since 1978 when they finished runners-up, not to mention being East Africa’s sole representatives in Gabon, they should have plenty of well-wishers.

Since 2002 the Sparrow Hawks of Togo have had a pattern of qualifying for an AFCON then missing the next edition before qualifying again. After qualifying for AFCON 2013, and missing the last one, Adebayor et al. will be back in Gabon to continue their perplexingly fine tradition. They’re the perpetually troubled team of Africa, mired in maladministration and the retirements and comebacks of Adebayor, but here they are again, against all odds.

Only the 1-0 win over Algeria at AFCON 2013 lingers in the memories at recent editions, but with your favourite African expat coach’s favourite expat coach Claude Le Roy at the helm they have a wearied and wily coach that could galvanise them further in-tournament, as well as go some way to minimise off-field distractions with his diplomatic skills. On the field, in Adebayor, Kossi Agassa, the Ayite brothers, Alaixys Romao he certainly has a core of hardened and quality players primed for battle.

Qualification results have to be taken with a pinch of salt

The most impressive qualifiers were undoubtedly Senegal and Algeria. The former boasted the accolade of being the only team to finish with a 100% winning record, while the latter scored an insurmountable number of goals. Recent history has shown that qualification form can often be misleading when extending them to projected performance in the tournament itself. The quality heightens. Lessons are learned. Tactical tweaks are made. And, in the dark web of African football, context is everything. The standard of pitches, the power of home crowds and the unforgiving temperatures can all hinder teams.

Algeria’s embarrassment of riches in the attacking third will inevitably activate the cautious side of opponents when the tournament in Gabon kicks off. We know little about Algeria’s and Senegal’s resilience and patience, respectively, at this point, but it will be these parts of their game which will ultimately decide their fate.

For Senegal, it will come down to being able to break down opponents. The same applies to Algeria, and their top-heavy team will have to trust a relatively poor defence to remain sturdy against the sucker punch, which they have failed to do at recent AFCONs. The appointment of the pragmatic Milovan Rajevac may just be missing piece of the jigsaw puzzle for Algeria, but it remains to be seen whether the Serb has the verve and canniness to lead Les Fennecs to glory.