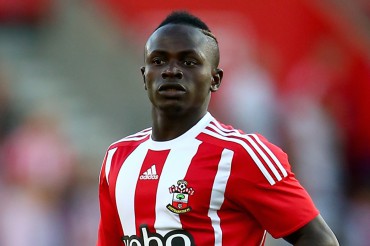 A decade after lightening up the African stage and then stepping forward to leave a mark at the global football fiesta in Japan-Korea, Senegal sought to shake itself off that feat and the hangover of its grisly morning after. As part of a grand-scheme to relaunch its football back to the lofty heights of the early 2000s, the Federation Senegalese de Football (FSF) assembled a gifted bunch of Senegalese football emissaries to make an appearance, test the international waters and, if possible, upstage the world once again at the men’s football event of the London 2012 Olympics. 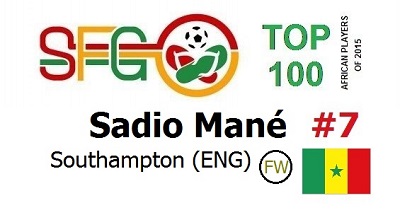 Unsuccessful though they may have been, they came close to going one better than the class of 2002. They managed to negotiate their way out of a group comprising of Great Britain, a Uruguayan side spearheaded by Luis Suarez and Edinson Cavani and the United Arab Emirates, only to be put to the sword in extra-time by eventual winners Mexico in the quarter-finals; equaling the achievement of 2002 which has been, by some distance, the biggest highlight of Senegal’s somewhat illustrious football history.

From that particularly talented crop of Senegalese players, a powerful, brawny and exciting forward emerged. His name was Sadio Mane and the footballing world was going to be left in awe of his talent for some time to come.

The Sedhiou-born striker-cum-attacking-midfielder was shipped out of his native Senegal to the cold North-eastern city of Metz in France at a fairly early age in the summer of 2011. Young, talented and rough around the edges, not many would have plotted this career path for him but his football trajectory has been nothing short of special; his resolve to survive and a will to endure has seen him succeed against all odds.

Quick, strong and comfortable operating from the right of the midfield or just behind the main striker, when he is in the mood, Mane likes to cut inside, dribbling past a few defenders and laying off key passes for his on-rushing attacking partners to latch onto and finish it off. He is quite adequate in performing other roles too; If need be, and if a tactical tinkering of the team’s setup means he is deployed to undertake an unusual role, he’d never be caught shirking any of his responsibilities.

Blessed with arguably the best set of attacking talents on the continent, the Teranga Lions can afford to have him sink deeper in midfield and lead the orchestra from there. Indeed he’s always seemed the peg with which the bulk of Senegal’s attacking threat hang ever since he made his full international debut in the wake of his impressive Olympic games showing. Senegal’s form on the continent has been poor but Sadio’s quality nonetheless has shone through those rough patches.

He has been a revelation for the Saints since securing a move from Red Bull Salzburg in the summer of 2014. His 10 goals and 3 assist last season drew a lot more focus from managers of rival teams with Manchester United being the biggest casualty. While many derided the hefty £30m slapped on his services by manager Ronald Koeman initially, the Dutchman’s assessment has somewhat been justified by the sedulous forward’s consistent work ethic and productivity.

He’s got a knack of drawing useful fouls for his team when they are pinned against the wall and need to be bailed out, yet it’s rather paradoxical that his discipline and decision-making are not traits he could argue as some of his stronger points. They can be erratic at times; drawing needless bookings thereby letting his teammates down massively. In a game, you might catch him falling theatrically at times – which could be a tactic to frustrate the opponent – but Mane is far from a softie.

Every defender’s nightmare, Mane has an ability not only to take-on defenders at will but also to compete physically with even the toughest and strongest of them. He’s never afraid to throw himself into tackles, outmuscling and roughing it out the personnel who make the physical backlines of most English premiership teams.

His willingness to do all the dirty work means he might be fouled in a dangerous position (drawn over 25 fouls by December) and when he’s allowed to get into the box, not many survive his venom. Nine out his ten goals he’s scored for Southampton so far this year have been in the penalty box. When not scoring, the 23-years old attacker likes to pick incisive passes in contribution to a goal. He’s formed a lethal strike partnership with Italian Graziano Pelle, only rivaled by a few of such partnerships in all of Europe’s top 5 leagues.

The St. Mary’s outfit have gained notoriety of not being able to hold onto their most prized assets and if that is anything to go by, it’s only a matter of when, not if, before Mane will be pulling on another jersey. It is abundantly clear he is capable of playing at a higher level with his remarkable and ever improving numbers.

If Senegal is to go back to where it belongs in terms of football on the African continent, one player the nation will have its eyes fixed on to deliver the goods is Sadio Mane… and to that, I can almost hear the talented Senegalese say “bring it on”.