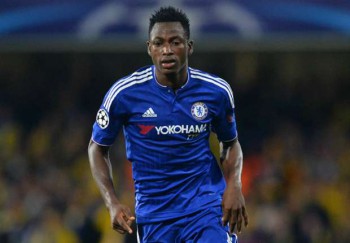 At only 20 years of age, Abdul Baba Rahman was easily the best left-back at the 2015 Africa Cup of Nations and probably one of the best players at the competition overall, although he didn’t make the team of the tournament as the selection committee made the decision to only pick three defenders. This should be deemed remarkable for a player who less than a year before wasn’t deemed good enough to even make Ghana’s provisional squad for the World Cup, but the truth is he should have been in the side that year too. 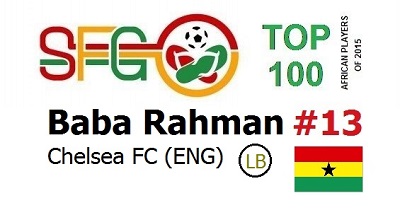 Rahman was involved in one of Ghana’s most important moments in the tournament. With 10 minutes to go and Ghana looking like they would exit the tournament, his superb left-footed cross found a leaping Andre Ayew who buried a header past Brilliant Khuzwayo. In addition to that, he put in a very solid defensive display in the final after there were doubts about his defensive abilities.

After a promising Cup of Nations campaign Rahman completed the season with an overachieving Augsburg side and was a key player in their Europa League qualification. Playing behind the wily but slow Tobias Werner it was his responsibility to provide width in the side. He would prove to be dangerous and certainly surprised opponents earlier in the season, bursting forward from deep at speed- his tall, lanky frame difficult to stop at full pelt.

His performances were eye catching enough to attract attention from a host of clubs, including Roma. It was Chelsea who would end up signing him. On the face of it, it looked a good signing. Only Cesar Azpilicueta looked like he would stand in his way in the pecking order, a left back who isn’t even left-footed. The assumption was that he would be a more attacking option when Chelsea needed width on the overlap. Obviously Jose Mourinho would take the time to iron out the defensive issues in his game, right?

However, as everyone knows, the season has gone badly for the Blues meaning Mourinho was even less likely to put a fledgling defender at the back at during such an unstable time. With opportunities limited, when Rahman was given a rare chance he was shaky with all the erratic, unpolished sides to his game evident. He still showed quality in flashes, notably in an away game against Maccabi Tel Aviv in the Champions League. His dangerously whipped in cross found Oscar for Chelsea’s third goal, reminiscent of his assist earlier in the year for Andre Ayew’s goal.

Even though he has struggled for games at club level, on the international scene he’ has looked like one of the only bright sparks in matches where Ghana have played awfully, looking like the only source of penetration in a scrappy 0-1 away win against Rwanda and a poor 0-0 draw against African minnows Comoros.

The raw talent is obviously there and he’s certainly one of Africa’s top left-backs. A loan move would definitely do him good, even if it’s seen as a backwards step by outsiders.

Highlight of the year: Brilliant cross for Ayew at AFCON 2015

His brilliant cross against Africa’s best side, South Africa.