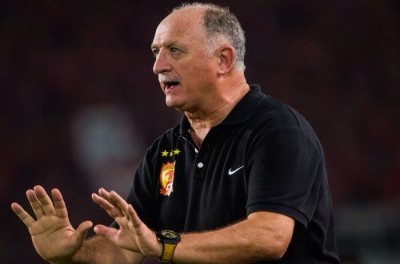 The second AFC Champions League semi-final of the week looks East as we gear up for Wednesday’s clash between Guangzhou Evergrande and Gamba Osaka. Martin Lowe takes a look at two former continental champions of yesteryear with grand hopes of picking up at least one trophy in the coming couple of months.

While the FIFA calendar runs in a typical European-centric fashion from September through to May, when it comes to East Asia and the continent’s Champions League, the saying “come what May” should be amended to “come what November” as we close in on the business end of the season.

Wednesday’s hosts Guangzhou Evergrande start to come alive at this time of the year, not only out of choice but out of necessity. Since their big money takeover the club has dominated the Chinese domestic football landscape and have already clinched an ACL crown, and this year like no other the pressure has been upped a notch.

The appointment of the well-decorated Luiz Felipe Scolari at the helm has led to yet greater expectations from the fan base, who at times will be taking the domestic CSL title for granted, preferring to focus on building their continental dominance. In truth, the title charge hasn’t been the simplest and smoothest of roads thus far, going into the final three league matches of the season they know any slip up would likely see the title travel to Shanghai, to Sven Goran Eriksson’s SIPG side.

Their recent record remains flawless, but with an added sense of danger. Despite not losing in the league since early April, Evergrande have had to come back from behind in the last two matchdays needing last minute winners to snatch six points over the fortnight. Last Saturday’s encounter again proved their steel and desire to win, coming from two behind to win away against Guizhou Renhe. Depending on your outlook, this either a side who is well versed in a winning mentality or a team one perilous slip away from a devastating blow to their silverware chase.

Gamba, on the other hand, have experienced a more up and down patch of matches, which have had observers swinging from week to week to assess their playoff push in the initial J-League two stage season. Gamba have been consistent, but usually hovering around the top 5 rather than ever really putting a real charge for a stage title. This currently leaves them a win away from competing in the end of season finals with five matches left to play.

The league would be a welcome bonus from a season that has generally revolved around Champions League progression. Despite back-to-back titles over the last two years, Gamba can only dream of Guangzhou’s domestic dominance, mainly due to their relative small squad that has often found it difficult to juggle two very demanding competitions. Gamba coach Kenta Hasegawa has flexed accordingly over the last few weeks, ready to set their stall out with their strongest side in China.

Scolari continues to chop and change

On paper, Guangzhou are coasting home to a double header of titles, undefeated in the league over 23 matches and relatively clear favourites going into their Champions League semi-final. However, dig a little deeper and the potential implications that hinge on the decisions over the coming month from coach Scolari could leave the dominant Chinese club without anything to play for.

This period wasn’t unexpected, this was the main reason why Guangzhou broke the bank to secure Scolari’s services, to make big decisions in title defining moments. But as we reach another crucial week of football for Guangzhou, the domestic wobbles have developed some doubt in the supporters’ minds. It’s been clear for weeks now that Scolari hasn’t got a preferred line-up, in particular attacking set up that the Brazilian can call upon, chopping and changing with every given week in pursuit of that key formula.

The high profile signing of notoriously erratic and temperamental attacker Robinho hasn’t helped matters, while the slow return to form after injury for usual talisman Elkeson has also seen a number of changes needed, often to rescue matches in the last month. The latter’s performances have often been best utilised from the bench, usually followed up by less than inspiring starting births.

The half-time reshuffle from the bench is fast becoming a Scolari staple, who isn’t afraid to haul off their most recognisable players, both native and the Brazilian imports at the break in search of an inspirational turnaround. The last two matches have seen influential duo Gao Lin and Robinho replaced at half time to inspire a comeback against city rivals R&F, before bringing the same duo on to save the gameweek against Guizhou.

Scolari’s tactics have been dampened to a greater degree in the ACL, this maybe to do with the easier run of things; everything went Guangzhou’s way against Kashiwa Reysol, and that they have less members to flex across, given the unpredictable Robinho has been exempt from continental duties. It is to be seen however if Evergrande stutter initially against Gamba, how will Scolari react, and can such a swift and decisive response to substitutions continue to reap the rewards?

There’s been no doubt that Takashi Usami has been one of the standout performers in the Champions League this season. Throughout both the continental campaign and their domestic duties, Usami has been the main man not only in terms of goals, but adding fresh impetus to the attack and supplying team mates. His inclusion and form has often led to a sense of reliance, but with isolated reductions in form and suspension, has called for a greater supporting cast to pick up the slack.

The two legged tie over Jeonbuk could well be seen as a turning point in this regard. The away leg in Korea was a team wide disappointment, there was little invention or spark, much led by a frustrated Usami, who ultimately picked up a yellow card activating a nerve racking suspension for the home leg. The doomsayers were out, Usami’s supporting cast, who were so often in his shadow, needed to raise their game.

And that they did. Patric, the physical focal point of Gamba’s attack, led the line excellently, scoring the equaliser on the night, while one of the men in behind Shu Kurata stood up with their second. While ultimately the tie was a little hairy by the end, Gamba needing a late winner through substitute Koki Yonekura, it was a clear demonstration that the Japanese champions could create and finish off chances without their talisman.

Subsequent matches again have seen Kurata and fellow attacking line midfielder Hiroyuki Abe deliver the goods in the league, multiple examples of fine invention surrounding Patric and in crucial support of Usami. With a ramp up in schedule ahead of Gamba, including league ties against Kawasaki and Urawa, the strength in depth they are starting to engineer is always going to offer a number of challenges to their opponents.

Gamba go into Wednesday’s semi-final as significant underdogs, with little to no one giving them any chance in the away leg in China. This pessimism derives from Gamba’s lack of consistency over the year, wavering attacking prospect and an unpredictable defence. One things for sure, an in-form and attacking Gamba is a threat that’s hard to manage, the sight of Usami, Abe and Kurata breaking from the half-way line is a nerve racking prospect. If Gamba can manage a well thought out counter attack system in China, they have every chance of disrupting Evergrande’s attacking plans.