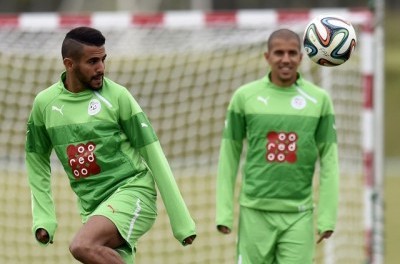 The buzz generated by the Algerian national football team is at recent low. The success enjoyed by the Fennec Foxes these last five years has raised the bar to an unprecedented high, so that qualification to tournaments has now become a norm, not an accomplishment.

Against Seychelles in early June, for instance, a half-empty Stade Mustapha Tchaker in Blida found more interest in the visiting team’s medic, the only female in the stadium, than the actual match. Whenever a visiting player was injured, and she ran onto the pitch in a hot pink tracksuit, the tribune officiel cheered; clapping and singing songs. Christian Gourcuff’s men besieging the east goal played on in the background. The four-nil final scoreline was slightly disappointing for most, who wanted more goals.

The Fennec Foxes have been the highest-ranked African side for more than a year now, and boast some of the best players on the continent. A simple look at Algeria’s attacking midfield is an indicator of where the North Africans are. Riyad Mahrez is the Premier League’s leading scorer, Yacine Brahimi is last year’s BBC African Footballer of the Year, and Sofiane Feghouli is a lynchpin of a very good Valencia side and is already a leader of this Algerian team with more than 30 caps and 7 goals.

Lesotho are a modest side in comparison, though they may prove a tricky enough speed bump. In the last couple of years, the Crocodiles have a respectable home record, holding South Africa, Liberia, Gabon, Angola, and Kenya winless in Maseru. Stringent defending and their surprise factor might aid Lesotho, but anything other than an Algeria win would prove surprising to most.