As the referee blew the whistle in Stockholm to end a 3-1 defeat of Iran by Sweden, it didn’t just end a friendly match, it marked the ending of an era. Four years under the leadership of Carlos Queiroz flew by.

When initially appointed in 2011, no one would have thought the Portuguese would leave his spot on the Iranian bench as one of, if not the, most popular manager in the history of Iranian football. Charisma, passion and his ability to reach out to fans are just some of the reasons why he was so popular.

He built a team that typified his character. Resolute, disciplined, hardworking and loved by the fans, albeit this love affair was to have its downs too, along with a few controversies. From the 1-0 defeat away to Lebanon which put Iran on the verge of being knocked out of World Cup Qualifiers, to crossing out two of Iran’s most influential players in the last decade, Mahdi Rahmati and Hadi Aghili, which sparked a lot of debates amongst Iran’s footballing community.

With so many ongoings since the end of the World Cup last summer, his departure was inevitable. A long, 3-months negotiation period last July for his contract renewal was met by mixed reception, with many domestic experts and coaches expressing their concern over the team’s conservative tactics and referencing Queiroz’s salary as a major issue. But as the fans and the media demanded an agreement to be reached, the authorities had no option but to renew his contract. He reportedly rejected some notable offers from other international sides, with South Korea amongst them, in favour of staying in the country he had great affection for.

His time in Iran was never going to have a happy ending. After various arguments with the Iranian Football Federation (IFF) regarding the interference of authorities to force youngsters Sardar Azmoun and Alireza Jahanbakhsh to play for the U-23 team rather than the senior side, he decided that his time is up. He maintains that he hasn’t resigned, that he has been “forced to leave”. But as he leaves the helm, he leaves a huge void. Whether it’s on the bench or behind the scenes, he’s been a key figure one that is almost impossible to replace imminently.

Tactically, he introduced new methods and new styles, not only to Iran, but West Asia in particular. A disciplined, resilient team that had been unheard of in Middle East. The general consensus in Iran is that the identity of Iranian football is to play “emotional football” or, in simple terms, play with too much passion. A mentality which, according to many managers and experts, has hindered the country’s potential to reach the heights they should. For decades, managers have tried to give Iran a more pragmatic and sensible approach but Queiroz, smartly used that to his advantage. He instigated a style which played on the passion and the emotional football played in Iran. A hardworking, efficient team full of players who not only loved playing under him, but enjoyed the challenges and thrived under the ‘backs-to-the-wall’ situations.

Team Melli has always had unrest in the changing room. From the dispute between Ali Daei and his manager, Mohammad Mayeli Kohan, in the 1996 Asian Cup, to the quarrel between Daei (again) and Ali Karimi in the 2006 World Cup, and Karimi’s supposed refusal to come on as a sub against Angola in the same tournament. But Queiroz was able to bring about a strong relationship between the players and create a friendly yet driven atmosphere in the changing room where everyone knew their roles and respected each other. Something Iran has always been lacking, but this had a key role in his success at Iran.

Enough of what he has done, the main and million dollar question here is: what is next for Iran? What happens now that Queiroz has left while the IFF are under an unprecedented amount of pressure from the media and the country after their failure to keep hold of the former Portugal manager.

According to various sources, Queiroz was the 13th highest paid manager at the 2014 world cup with a salary of around two million dollars. His excessive wages has been cited as one of the reasons why authorities aren’t eager to continue their work with him hence they may decide to bring in a cheaper option, a domestic coach. With the football fans around the country having tasted what it feels like to have a world class coach at the helm, the pressure on local managers are immense. Expectations will be very high and almost impossible to follow up. Various names such as Sepahan manager Hossein Faraki, young Naft Tehran manager and former Queiroz’ assistant, Alireza Mansourian, will most definitely be linked.

Left to Right: Alireza Mansourian and Hossein Faraki are considered as possible replacements.

But if you think it is the seat on the bench which will be in demand then think again. There will be a huge struggle for power, not just in the Team Melli changing room, but at the top of Iranian football pyramid. His presence provided a powerful voice in and amongst the federation in which even the federation president, Ali Kaffashian, was unable to oppose at times. Kaffashian,who has been accused of being a coward and indecisive, will now find himself under the spotlight again and there will be calls for his head once again.

Players have come out in support of Queiroz on various occasions as they showed their appreciation for his efforts. He was respected very highly by his players and no one really opposed his words, but now with Queiroz out of the picture and a new, possibly inexperienced and most definitely less reputable, the manager coming in will find it difficult to have the same authority and control over an Iranian team that will see many new faces coming in due to an inevitable transition in generations. 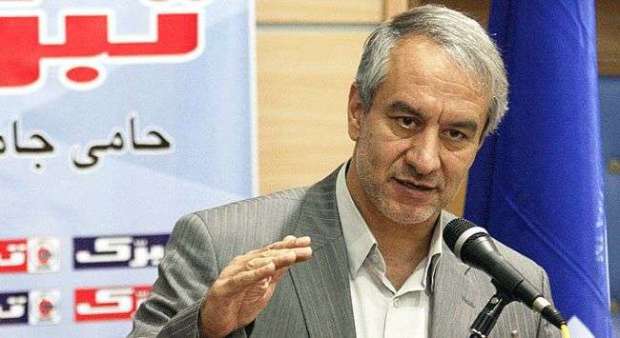 Ali Kaffashian is regarded as an incompetent figure in Iranian football.

Queiroz oversaw many obstacles thrown at him and produced a collective idea which was based on a philosophy that many successful teams around the world are using. He leaves with his work undone but departs with a good foundation in place at the national team setup. With the Sports Ministry and IFF against his tactics and ideas, they will most likely appoint a manager who is more adventurous and subsequently overthrow and undone all the hardwork put in by Queiroz.

As the next 12-18 months will prove to be chaotic yet unpredictable, the fans will relive the memories of a team that was dismantled by a disorganised Federation. From Ghoochannejhad’s goal against South Korea, to a heroic performance against World Cup runners up Argentina. There is no question that a lack of understanding between Queiroz and authorities will come back to haunt them and there will be many disputes behind the scenes while the media continues to find people to blame.

Iranian football goes back to disparity as the Queiroz’ story remains unfinished and the fans expect the worse for the upcoming year. But although his stint was shorter than expected, people will remember his name and his character as an adopted Iranian who made the country forget its football’s real fundamental problems and instead enjoy watching a team which stood for everything that defined Queiroz.