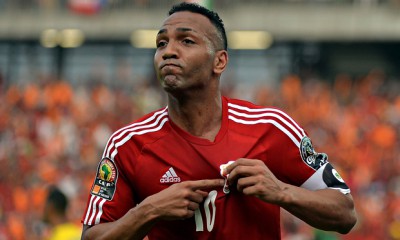 A quarter final between a seasoned force in African football in Tunisia and the somewhat plucky newcomers. Yet, to label Equatorial Guinea as undeserving of place at this stage would be a gross misrepresentation of their approaches to the tournament, and the tactical flexibility they’ve shown so far.

Tunisia, for all their AFCON pedigree have seemingly adopted a very much safety first approach to. They’ve played well, yes, but without having really dominated any of their opponents. After a somewhat drab opening draw Cape Verde, Tunisia then went up against Zambia where they claimed 3 points. Once again, questions have been asked – if it wasn’t for the prolificacy of Zambia’s front line, would Tunisia still be in the tournament?

Tunisia’s final group game against DR Congo embodied everything about their approach to AFCON 2015. Hard fought, yet with flashes of what they can produce when allowed the latitude to proactively take the game to their opponents. The absence of Fakhreddine Ben Youssef will frustrate Tunisia fans, especially when considering the number of times that they managed to carve DR Congo open.

Prior to the tournament, much was made of coach Georges Leekens’ commitment to a style of football which prioritises victory over all else. Some would criticise, yet others may say that such an approach has left Tunisia with a fantastic chance of advancing to the semi-finals.

Equatorial Guinea, for all the controversy and doubt, have succeeded on two fronts. Firstly, the hosting of the tournament. With only 66 days to prepare, somehow they’ve managed to roll out a tournament which has produced a fair amount of entertainment – both on and off the pitch – as well as decent attendances at most matches.

Yet, the most shocking of all, and especially for those unfamiliar with Equatoguinean football, has been their level of performance. Much was said and written about the ‘international’ nature of their squad, the seeming never-ending rush to naturalise foreign players and their chaotic tournament preparation. And even despite these factors, they’ve exhibited a commitment to attacking football and a fearlessness against technically superior opponents. The impressive form of Emilio Nsue, Javier Balboa and Iban has caught many by surprise, and even more so has the overall cohesiveness, especially when considering their total preparation time as a squad was less than two weeks.

Tunisia will go into this match knowing that their overall quality as a squad should see them into the next round. However, much like Burkina Faso and Gabon before them, they’ll recognise that this Equatoguinean won’t be a side who are here to simply make up the numbers. During the group stages they developed a habit of doing just enough. Even against DR Congo when qualification was all but secured at 1-1 their foot seemingly came of the accelerator, allowing the Congolese back into the match.

Tunisia will know they’ll need to punish Equatorial Guinea early, they’ll have seen how Gabon paid the price for a lack of proactivity in the group stages. And still, the questions remain – have Tunisia got enough attacking threat to get the job done? This will become even more apparent if they’re confronted by opponents who are willing to sit back and allow them time on the ball.

As for Equatorial Guinea, they have everything to gain. Unsurprisingly, their main enemy has been fitness levels – in each match they’ve tended to fade badly from the 70th minute onwards. Their commitment to an attacking game is commendable, however, but will the shock-value this provides finally run out of steam against a compact opponent, flexible in switching between 4-3-3 and 5-3-2 and embody efficiency? A fascinating battle awaits.