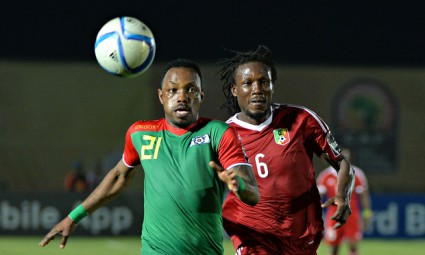 It will be difficult for both Burkina Faso and Gabon to take any solace from their exits. Had they failed to qualify from a tougher group, they could have argued that history was not on their side. As I have previously stated, much about AFCON is about the teams being desensitised to the expectations and pressures; having a borderline arrogant ability of knowing that they deserve to be there and deserve to go far, however poor they may be.

This was a fantastic opportunity for Burkina Faso and Congo to create their own bit of history against – whichever angle you look at them – inferior sides. Burkina Faso at least were runners-up last time, but they’ve missed an almighty opportunity to stamp their authority as one of Africa’s elite teams. Group stage exits rarely go down well and there could be upheaval. As for Gabon, it’s hard imagining their promising generation having an easier opportunity to announce themselves to the continent.

The Stallions the biggest disappointment so far

You could accuse Gabon of a lack of knowhow, a lack of variety or sheer inexperience, but with Burkina Faso it is different. Only the away goal rule stopped them making the World Cup at the expense of Algeria. They are a team who have now been playing together for a while and whilst they finished second in their qualifying group, there was no major indication that they’d be so insipid.

Charles Kabore hasn’t shown the robotic reliability he showed at the last Cup of Nations, where he helped control games with assured passing in the opponent’s half, while his midfield partner Djakaridja Kone has been about as useful as a cone.

In attack, with Jonathan Pitroipa not the hitman that was the top goalscorer during AFCON 2015 qualifying, they have looked extremely wasteful. On the general direction of play, they should have never lost the opening game against Gabon or drawn their second game against Equatorial Guinea, but they also nearly lost the latter.

You could say the main reason for their exit has come down to one thing: the key players – namely Kabore, Pitroipa and Alain Traore – in the team have not performed to the best of their ability.

How far can Equatorial Guinea go? After the shambolic pre-tournament preparations, not too dissimilar the one before the 2012 edition, the hosts have managed to get out of the group stages again.

Out of my years watching AFCON, and major tournaments in general, there is one thing that I have learnt: never rule out a host country, no matter how poor they are. And the thing is Esteban Becker’s side are not poor as their FIFA ranking (118th) suggests.

They may not have as many illustrious names as other teams in the tournament, but there are a lot of players playing at a decent level. Emilio Nsue, Javier Balboa and Kike can open up most, if not all, defences in the tournament, given the time and space – which plenty of sides have afforded them so far. It isn’t hyperbolic to say they could have easily won all their group games.

And if they’ve been able to cope with Burkina Faso and Gabon, even be considered unlucky not to beat the former, there is little to suggest that they can’t oust any of their potential opponents from Group B, especially with the exultancy of the home crowd.

It’s still difficult to fancy the Leopards when you look at the names in their squad, yet somehow they have managed to win Group A with 7 points. Bar the opening game against Equatorial Guinea, they have done it through picking their moments and being defensively compact.

There has been no attacking play to drool over. A triumph of the collective over the individual, any trace of individual quality has come from Thievy Bifouma playing the role of the prototypical target man, albeit with a genuine goal threat rather than running around like Abdelkader Ghezzal. Bifouma has been their talisman with regards to providing elite European league quality, holding the ball up brilliantly, particularly when coming deep, and then providing the finishing touch when the chances arrive.

Claude Le Roy’s side have also picked their moments – two of the goals have come from shoddy defending from set-pieces, but their threat from set piece is genuine, even during qualifying their troubled opponents with their set-piece acumen.

How far can they go? Even with an experienced man at the helm such as Le Roy, it is difficult to back them. They will undoubtedly need Bifouma if they are to progress further than the quarters. For the time being at least, they seem to have nourished the jitters in defence that nearly cost them AFCON qualification.