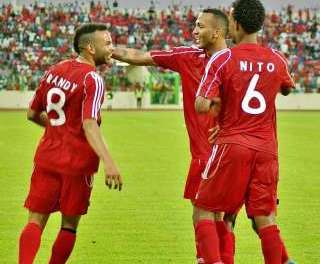 Introduction
In June 2014, Equatorial Guinea were disqualified from participation at the 2015 AFCON due to fielding an ineligible player in qualification. Fast forward five months and they’ve not only been reinstated into the competition, they’ll be doing so as hosts.

Their disqualification came as no surprise to the African footballing community after a sordid history of courting over 100 foreign players to field for their national team over the past decade.

Despite the underlying rulings set by FIFA and CAF, Equatorial Guinea continue this process, and will undoubtedly be under scrutiny once the tournament kicks off. The small nation of under one million inhabitants has long strived for greater recognition, preferring to pay for instant results rather than improving their youth production.

The issue has only just been recognised in the last few years since hosting the AFCON in 2012. Equatorial Guinea surprised many to make it through to the knockout phases, firmly shining a spotlight on their recruitment process that had been in place for some years.

Further disruption was felt on the eve of the tournament as Spaniard Andoni Goikoetxea was sacked at the turn of the year followed by a non-publication of a preliminary squad shortly after.

The Framework
The majority of the nationalised recruits and coaches joining the Equatoguinean squad in the last decade have hailed from Spain and have subsequently transformed the national team’s ideology into a more technical possession based approach that stands out against their regional opponents.

However, with the amount of new “signings” being brought in over time, individual flair has been preferred resulting from a lack of familiarity between team mates. Before facing the axe, Goikoetxea usually adopted a 4-2-3-1 formation, with attacking unpredictable wingers built around Mauricio Mina (or as the FA will tell you Mauricio Ondo) in the centre of the attack.

Strengths
Attack – Equatorial Guinea possess comparative riches over their rivals in the attacking third. The acquisition of Mina, will be added to the likes of former Real Madrid striker Javier Balboa and wingers Ivan Bolado and youngster Ruben Belima, to suggest a wealth of talent in front of goal.

The fact that, Equatorial Guinea have only just been granted qualification, also gives them a clear advantage of being a relative unknown. Widely considered as way outside the top echelons in African football, less preparatory data on the host nation should provide some unpredictable results against much stronger opposition.

Weaknesses
Preparation – The one downside of being granted a place at the AFCON this late is the lack of preparation afforded. With most of the squad being made up of international mercenaries, Equatorial Guinea have been unable to play any match since their disqualification in June.

Though the number of “recruits” has proven to be fairly minimal, with their previous disqualification seemingly scaring them into fielding a team made up of legally eligibly players for Equatorial Guinea, the lack of time to gel together as a team could prove disastrous once the tournament starts.

Key player
Juvenal – Talented ball playing centre midfield player, who creates and authorizes attacks from deep. Experienced campaigner who’s been part of the set-up for over a decade, and played a key role in their home AFCON run. Qualifies as Equatoguinean through his father’s birth but has only ever played football in Europe.

The Hipster Choice
Felipe Ovono – One of the few domestic based players in the squad, who had been used as back up in Equatorial Guinea’s last appearance at the AFCON in 2012 as a teenage squad member. Not certain of a starting spot but has started to impress himself on the managerial staff.

The Coach
Esteban Becker – Argentine who previously coached the successful Equatorial Guinea women’s squad has been confirmed as the permanent coach for the tournament. Initially in termporary charge, as rumours of Stephen Keshi’s appointment squirled, Becker will now be the man to guide Equatorial Guinea.

SFG Predicts
Group stage exit – Despite the relatively favourable draw, it seems likely that Equatorial Guinea will become the first host since Tunisia in 1994 to not make it out of the group.