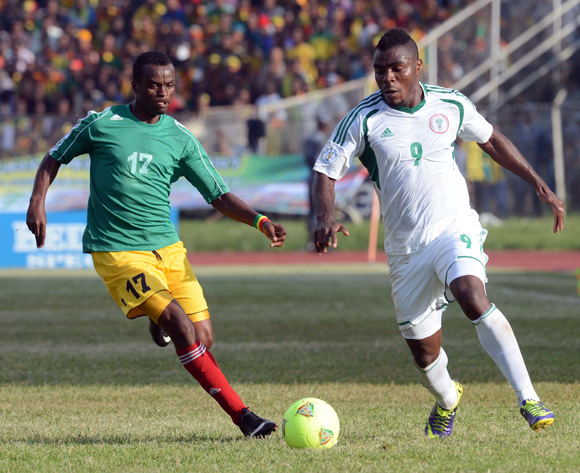 Ethiopia were largely impressive in the first leg in Addis Ababa. Despite being a side comprised of largely Ethiopian league homebodies, their football, as has become the norm, was some of the easiest on the eye. (You could make an argument that it’s as good as Tanzania’s, but that’s another topic for another day.) As expected, with the aid of Addis Ababa’s high altitude no doubt, their hakuna-matata football had the bulky Nigerians chasing shadows for much of the game and had many uninitiated to their pleasures falling in love at first sight. Commendably, the Walya Antelopes went into half time with 60% of the possession.

Inevitably, though, the levels of fitness that makes a mere footballer morph to an athlete, which Ethiopia are critically insufficient of, reared their ugly head again in the latter stages of the game. It was encapsulated best by the assured gait and regal frame of holding midfielder Asrat Megersa, perhaps the player of the first half, rendering to a hangdog one as the game went on.

Nigeria may have been second best for much of the game, but Emmanuel Emenike was a man who caused the Ethiopian backline incessant problems with his strength and hustle-bustle, culminating in scoring the equaliser and then converting from the spot for the winner. Stephen Keshi’s hauling off Victor Moses and Nnamdi Oduamadi just past the hour for Brown Ideye and Nosa seemed straightforward enough as Nigeria lacked the creativity and those two delivered below-par performances, but it was ballsy as Moses, with his power and trickery, is arguably the most creative player in the Nigeria squad. Ideye and Igiebor proved to be crucial substitutes though as they injected the urgency which, aided by Ethiopia tiring, gave Nigeria the momentum.

Yet, as Nigeria found out at this year’s Confederations Cup, or every time Shola Ameobi has somehow received a call up, there is a paucity of good forward options that fit the current 4-3-3 system bar Emenke. With an eye already surveying the World Cup, the impotence in the forward line has forced Stephen Keshi to recall Victor Obinna. The Lokomotiv Moscow man brings versatility, creativity, goals and infinitely more tournament experience than all current Nigeria squad members except Vincent Enyeama.

Ethiopia welcome the return of their joint top goalscorer in this qualifying campaign in the form of Getaneh Kebede, who missed the first leg and is crucial to their build-up play, it’s hard to see them winning this one, even though Nigeria’s ties in Calabar rarely seem to be plain-sailing. The Super Eagles have a 63-match unbeaten in home competitive matches that stretches back to 1981, when they lost a very good Algeria team in a World Cup qualifier; the same team that would go on to make shockwaves in the World Cup a year later.