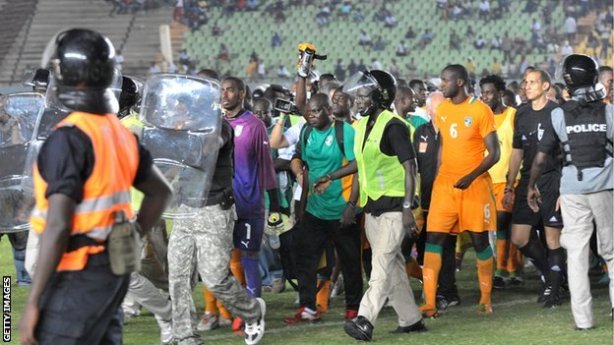 The previous meeting between these West African outfits, the second leg of their Afcon 2013 play-off tie in November 2012, was marred by crowd trouble which has subsequently seen Senegal forced to play their ‘home’ matches in a neutral venue. There will certainly be wry smiles if Senegal fail to qualify and then are castigated by their demanding nation, oblivious to the harm to their chances the crowd trouble may have caused. Home advantage would have infinitely improved their confidence in this uphill tie.

A lot can change in a year, and a lot has changed since that ill-fated previous meeting. Senegal have undoubtedly improved under the coordination of Alain Giresse who has galvanised and oiled the broken parts of their machine, establishing equilibrium and a more efficient team. The core that essentially saw them lose 8-2 on aggregate in last year’s play-off has been disbanded and a no-nonsense approach to player selection has been introduced. Despite being pretty decent at football and playing for a really rich club, Demba Ba has been excommunicated since March due to a lack of first-team football. Rigid, unorthodox striker-cum-wingers have been forsaken for more traditional wide men such as Sadio Mane and Henri Saivet to provide service for Papiss Cisse.

Such has been their improvement that you can almost feel sorry for the Teranga Lions for having to face the Ivory Coast again. With a large diaspora and a promising generation, it isn’t hyperbolic to say they could be an African football superpower in the near future. We all know African football federations are susceptible to a brainfart, and you fear that failing to qualify could see Giresse sacked, undoing all the good work he has carried out.

Meanwhile, the Ivory Coast, carrying psychological scarring from another Afcon failure, have declined somewhat. The process of the golden generation members being eased out of the team is well underway with a younger generation, with the rampaging Toulouse right-back Serge Aurier as the protagonist, brimming with alacrity to take advantage of their compatriots’ unstoppable process of terminal decline.

A post-Afcon defensive reshuffle has resulted in an insecure safe in the Ivorian goal net. Boubacar Barry, Serge Aurier, Sol Bamba, Didier Zokora and Arthur Boka has been the defensive backline which names itself. A 4-1 thrashing to Mexico and an unconvincing 1-1 draw at home to Morocco, though with second-stringers, have increased the pressure on an Ivorian team whose populace always expect their heroes to win.

With Sol Bamba lacking game time at Trabzonspor and Didier ‘Maestro’ Zokora not a traditional defender, even though named in the squad as a defender, it’ll be intriguing to see if Kolo Toure forces his way back into the starting XI. After a poor Afcon, it seemed the end was nigh for Liverpool defender but a bright start to the season has seen him recalled and he may well prove to be the remedy to the lack of command at the back.

The squad unrest that many thought was a myth has started to be played out in front of the public’s eyes, with notable incidents of unrest; a fight between Abdul Razak and Jean-Jacques Gosso at an open training session; then Didier Zokora walking out of camp after the armband was handed back to Didier Drogba; and a scuffle between Arthur Boka and Cheick Tiote on Wednesday.

Zokora was consequently fined for his petulance and banned from captaining the Ivory Coast team ever again, but questions persist about squad morale. Things are certainly getting tense as the golden generation seeks to make a mark. Although qualifying for the World Cup for the Ivory Coast has become as easy as crossing the t and dotting the i, who knows? Something might show, something might break.

Predictable choice but, bar Gervinho (who is arguably the most important player in the Ivory Coast team), it’s hard to envisage someone else having a bigger influence on the game. Didier Drogba’s brief exclusion from international football showed they can score goals without him, and that there is a limousine of good-very good strikers ready to replace him when his leg miles run out.

But the Ivorians don’t have anything near a replacement for Yaya Toure. The Man City man’s subtlety on the ball and patience passing ultimately ensures that les Ivoriennes break down the opposition by having the lion’s share of the possession, and use the ball wisely. With Senegal likely to be compact and risk-averse, he will be key in unlocking their robust core.

Stopping Yaya Toure is not a one-man job. Yaya Toure’s sojourns into the Senegalese box accounted for at least four of out of the eight goals scored in the Afcon 2013 play-off tie. These two midfield minders will need to be in unison and at the very top of their game to stop liberties being taken again. Though a newly formed midfield partnership, the pair have been crucial in finally establishing an equilibrium in a Senegal team which had been painfully top-heavy.