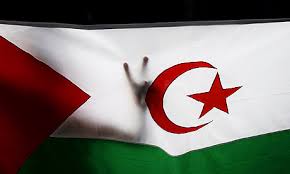 The SADR are pushing for an autonomous Western Sahara

There is a new African national team nickname on the scene. The continent which is prowled on by Indomitable Lions, flown over by Super Eagles and stampeded by Elephants has given birth to another fauna-adorned football side. The Dromedaries of Western Sahara have arrived but it’s taken some time, and many hurdles, for these particular camels to make it across the desert.

The politics of Western Sahara are complex. Spain renounced control of the territory in 1975 giving Morocco and Mauritania joint administrative power but the Polisario Front rebelled and announced a Sahrawi Arab Democratic Republic (SADR), with an exiled government based in Algeria. Mauritania pulled out and a 1991 ceasefire rendered Western Sahara largely in Moroccan hands but partly in those of the SADR. The territory has been in political limbo ever since, a story largely ignored by the mass media and the big nations who tend to overlook the divide and push for an agreement.

There is little sporting priority in the territory and current SADR minister of youth and sports Mohamed Molud emphasises this: “It’s far from easy to generate enthusiasm towards sports in this environment with a total lack of resources”. However in such a football loving part of the world eventually Western Saharan sides took the field amidst the political strife, with the first recorded games against Algerian club sides in 1984. A trip to former colonial masters Spain was arranged in 1987 and one year later a SADR representative team returned to Europe where they took on French Ligue 2 new boys  Le Mans, losing 3-2. This surge of activity led to the creation of the Sahrawi Football Federation (SFF) in 1989 but despite this football in the territory ground to a halt following the 1991 ceasefire.

A national team of sorts would make its bow a decade later as the SADR celebrated its 25th anniversary in Tindouf, Algeria, where the majority of the Saharawi population live. A Basque Country veteran’s team visited the refugee camps but in front of over 4,000 fans a 2-2 draw had to be abandoned as temperatures soared towards 40 degrees and Western Saharan football was put on hold yet again. The desperate federation sought routes into the game and in 2003 became the first members of the newly created N.F.-Board, for aspiring international teams outside FIFA.

The SFF failed to attend the 2006 N.F.-Board AGM but were present in Paris in 2009, and in 2011 rumours began to circulate that Western Sahara would be playing Galicia in a friendly. As it turned out the team was of Saharawi refugees living in Spain (they lost 2-1) and the SFF continued to be without a national team, some 22 years after it was set up. The only stadium in Western Sahara, Cheikh Laaghdaf, is in Moroccan occupied territory so any visiting side would have to play on the sand in the camps. This prospect, unsurprisingly, has yet to be taken on by anyone other than the brave Basques. A beacon of light shone in 2012 as the Kurdish Regional Government announced they’d be assisting with the cost of flights for teams competing at the 2012 VIVA World Cup which they were hosting. The dream seemed true when the Ministry of Youth and Sport confirmed their presence in March 2012 but, like any desert journey, the road ahead would be long.

Excitement began to build as trials were held on the sand in the camps, with a squad of 20 eventually chosen. The team had only 5 days of training, still in the desert, before they made the journey to Kurdistan. And then the inevitable delays began. The Moroccan government asked Qatar Airways to annul flights from Doha to Erbil, something the Saharawi’s had to negotiate upon arrival in the Gulf state in order to make it the tournament in time for their opening night fixture against the hosts. Eventually the Dromedaries arrived but the stumbling blocks continued.  “We faced problems in displaying our flag due to the Moroccan government putting pressure on the Kurdish regional government. We were at loggerheads with the authorities but the Kurdish public openly expressed their solidarity,” explained manager Mohamed Bugleida. This tense point of political sensitivity was eventually compromised, “We had to reach agreement with the opposing teams to use it unofficially. If not, we would not have played any games”.

Eventually the team walked out or their first ever international where they were confronted with another problem, this time sporting. The players had never played on grass before and against the favourites they were picked apart early on, slipping around and going 3-0 down after half an hour. Fitness also took its toll as a host side containing four Iraq internationals scored three more goals late on. There was to be no break for this new national team who took the field against Occitània the day after and again a stunned start saw the Saharawi’s three down at half-time.  However they came out guns blazing after the break and after 52 minutes Sahia Ahmed Budah scored a spectacular goal, his countries first at international level, prompting wild celebrations. Moments later Selma Malum made it 3-2 with another fine finish and an improbable comeback seemed possible. However it was not to be and the French side eventually ran out 6-2 winners, but those 2 goals conceded would prove enough to eliminate them at the group stages.

In the 8th-9th playoff the Dromedaries won their first ever game against fellow Africans Darfur, Budah bagging a brace to become the territories record scorer in a 5-1 thrashing. Another impressive win, 3-0 against Raetia, was secured in the placement games before their unbelievable journey ended with an improved 3-1 loss to the Occitans in the 5th-place match.  Striker Cori Maaruf, who netted against Darfur, was over the moon with his teams’ trip to the VIVA “I am proud to have written a page in the history of our people”. The players, sad to leave, would return as stars to the camps having finally brought Western Sahara to the international football table. The future, however, may not be so rosy.

Renting a stadium from the Algerian government and organising fixtures against local clubs, or even neighbouring countries such as Mauritania, are some of the proposals being considered by the SFF. The team also hope to be at the 2014 VIVA World Cup but money may well scupper plans. Ultimately the Dromedaries have plans to join the rest of the world and Apso Lument tells me, “Western Sahara would like to play in FIFA”. This seems an unlikely fantasy and plans for an autumn friendly against Uganda were approved by the SADR, but ultimately the idea came to nothing. So, for the moment, the hope lies in the players. The dream of playing within FIFA is purely sporting for the Dromedaries. Indeed, Budah’s only concern about such a prospect – “I hope I am in shape by then”.

This article was written by Ed Stubbs, his first for SFG. Ed is a sports writer and runs @NonFIFAfootball and the accompanying blog, nonfifafootball.blogspot.com. You can follow him on twitter @ed_stubbs1.