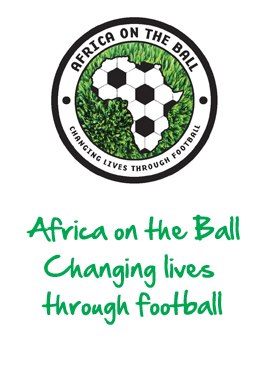 20. Emmanuel Clottey (Esperance/Ghana) - The  striker glittered the African Champions League for Berekum Chelsea with a plethora of icy-veined finishes which saw him record a peerless 12 goals, 6 more than his nearest challenger. A hat-trick against Egyptian giants Zamalek was a highlight, but his double to salvage a draw after Berekum Chelsea were 2-0 down in Lubumbashi versus TP Mazembe was his apogee; the equaliser a delightful left-footed curler into the far top corner. Such was his impact that the Blood and Gold of Esperance dished out $1.5m, a new Ghanaian transfer record fee, for his services. Continental excellence has deservedly seen him included in Ghana’s squad for the upcoming Afcon and with extra quality in his immediate vicinity, he may just give Ghana the lethality they have been longing for. 19. Arouna Kone (Wigan/Ivory Coast) - When Kone moved from Sevilla to Levante on loan after a five-year lull, very few believed he would come anywhere near close to triggering the clause that stated that if he scored 18 goals he would have to return to Seville. But by the end of the season Levante had to abstain from playing the Dennis Rodmaniac to avoid giving him back to Sevilla. Such form was long overdue for a player who had shown such promise at PSV in the mid 2000s. His summer move to Wigan has proved his previous season wasn’t a false reawakening. Direct with the ability to delicately link up play with those around him, he has been one of the signings of the season. His international hiatus has been broken and he has deservedly made the Ivory Coast squad for the upcoming Cup of Nations.

18. Sofiane Feghouli (Valencia CF/Algeria) – What a difference 12 months can make. In 2011, Feghouli found himself starved of action at Valencia and loaned out to Almeria. Upon his arrival he was unveiled to the local press with a shirt labelled ‘Feghonli’. His temporary employers barely knew his name. Today, everyone in Spain knows Sofiane Feghouli. The young Algerian has turned in a dazzling 18 months, catching the eye of suitors in Iberia and abroad. Valencia are now scrambling to ensure ‘Soso’ signs on so as to not lose such a talent for peanuts. 2013 holds a lot in the locker for Feghouli. It will be a year of confirmation on and off the pitch, and it starts in Rustenberg in a fortnight.

17. Mohamed Aboutrika (Al Ahly/Egypt) – It’s one of football’s great tragedies that Mohamed Aboutrika never blessed pitches outside of Africa. Aboutrika is of a rare breed. A philosophy graduate from Cairo University, the 34 year-old forward advances a long list of humanitarian causes that further endears him to the average football fan off of the pitch. But Aboutrika is also universally acclaimed on the pitch. Robert Smithson best illustrates his graceful play in the restrictive parameters of a single tweet: ‘Wherever the ball is relative to him/wherever the opposition press comes from/wherever his teammate is: #Aboutrika makes the pass.’ This year, Mohamed Aboutrika collected an additional round of continental trophies to embellish an already inundated CV. Aboutrika completed a couple personal hat-tricks: He was handed a third Best African Based Player award and also won a third CAF Champions League with Al Ahly.

16. Seydou Doumbia (CSKA Moscow/Ivory Coast) – The humble Ivorian continues to dazzle the Russian league – and even Europe’s elite with 5 goals coming in the Champions League – with his ghost-like finishing, scoring an incredible 37 goals in 53 games in all competitions by the end of last season. The second half of the year saw Doumbia only make 3 appearances, though, as a problematic back rendered him to the sidelines from August onwards. After the lengthy spell out and consequently not making the Ivory Coast Afcon squad, Doumbia could return with deranging insatiability for goals in 2013.

15. Demba Ba (Chelsea/Senegal) – 2012 started off on a barren note for Demba Ba as after he returned from the AFCON duty, fatigue had duly caught up with the former West Ham man.  Consequently, Ba could only net in once for Newcastle United post AFCON.  However, Ba’s overall contributions towards the attacking third never declined and the Senegal international formed a daunting partnership with countryman Pappis Cisse at St. James’ Park.  Added to that, the current season has seen the 26-year-old again hit a rich streak of scoring form, netting in against the likes of Arsenal, Tottenham Hotspurs, Everton, to name a few.  With 13 goals to his name in 20 matches and a move to Chelsea completed, Ba is surely a genuine contender for Premier League’s Golden Boot award and one can only hope that 2013 perhaps does not start like the yesteryear.

14. Tresor Mputu (TP Mazembe/DR Congo) – The enigmatic DR Congo and TP Mazembe skipper used 2012 to make up for lost time after being banned in 2011 for karate-kicking a referee. He was like a boisterous raver at a village tea party throughout the year; full of mischief and dancing feet. His five goals helped him become the all-time top scorer in CAF club competitions with 41 goals. His productivity with either foot and ability to dupe defenders with all manners of deception certainly made him one of the rousing crowd pleasers. His scintillating performance against Zamalek was Mr-Miyagi cool, and the way he twisted and turned Wael Gomaa’s muscles like a meticulous footballing masseuse in Mazembe’s 2-0 win over eventual champions Al Ahly was ignominious.

13. Victor Wanyama (Celtic/Kenya) – 2012 was, without doubt, Victor Wanyama’s most prolific year as a footballer.  The 21-year-old’s breathtaking plays for Scottish giants Celtic, particularly against FC Barcelona in the Group phase of the Champions League, transformed him one of the most sought-after youngsters in world football right now.  Blessed with a strong tactical sense, ability to shut down the holes between the centre-backs, and ability to make some daunting attacking runs to complement the attack, Wanyama defines the ideal modern-day defensive midfielder- one who can contribute efficiently at both ends of the pitch.  With many European giants keen on the signature for the Kenya international, Wanyama is surely set for another magnificent year, during which he might just evolve as the ‘next big thing’ of African football.

12. Steven Pienaar (Everton/South Africa) – After a horrendous year during which he spent most of the time either on the treatment table or on the bench, Steven Pienaar literally re-launched his career in 2012.  On the deadline day of the January transfer window, Pienaar rejoined his former club Everton on short-term loan spell, just 12 months after leaving them. Since then, there has been no looking back as the South African once rediscovered his ‘Midas’ touch at the Goodison Park and it didn’t come as much of a surprise when the 30-year-old’s transfer was made permanent during the summer transfer window. With Everton billed as one of the contender for the illustrious last Champions League spot in the league, Pienaar’s performances will surely be vital for the Toffees in 2013.

11. Wilfried Bony (Vitesse Arnhem/Ivory Coast) – If this list was judged solely on other-worldly coolness, Bony would win by a landslide. No one is called ‘Daddy Cool’ – also the name of the song that belts around the GelreDome when he scores a goal – if he isn’t cool, particularly in an irresistibly cool country like the Netherlands. With 16 goals in 18 games, the Vitesse Arnhem striker is the latest Dutch Eredivisie goal machine and one of the hottest strikers in the world at the moment. Is he a Ruud van Nistelrooy or is he an Alfonso Alves? I’m not all-knowing and nothing is set in stone, so let’s just enjoy him for what he is. Here, after all, is a striker with Supermalt nursing through his veins. His unconventional attributes, excellent upper body strength and great acceleration over short distances, make the 23-year-old uncontrollable when he is at the top of his game.