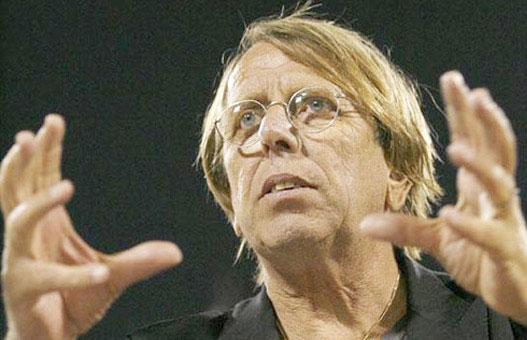 DR Congo could be the most exciting team at AFCON 2013

With $50,000 offered by TP Mazembe chairman, Moise Katumbu, to share between them for each goal they scored, DR Congo mercilessly dismantled Equatorial Guinea 4-0 to collect their jackpot. It was the irony of ironies; after all, it was Equatorial Guinea who were paid astronomical amounts for victories and goals scored when they co-hosted the Cup of Nations earlier this year. DR Congo’s impending qualification would have been exactly what the DR ordered. Assuming that I’m not tempting fate and their passage to the finals is assured, DR Congo could be the most exciting team at ACoN 2013. For the past few years, DR Congo have had the resources to mount a serious challenge for the continent mantelpiece, and, like the past two winners Zambia and Egypt, they have a core group of players plucked from one club (TP Mazembe), which gives them the domestic/club coherency which is increasingly becoming a prerequisite to flourish in the tournament.

Poor organisation has often turned off their European stars. However, the appointment of the much-travelled Claude Le Roy finally seems to have instilled some organisation and galvanised the Leopards. Indeed, European stars such as Dieumerci Mbokani and Youssouf Mulumbu have ended their international football exiles, respectively giving might and protection for the attacking force that includes the obscenely talented Tresor Mputu, the clever Deo Kanda and Dioko Kaluyituka, who scored the second goal in TP Mazembe’s historic 2-0 win over Internacional in the World Club Championship.

After an end-to-end game of football in the first half, the Moroccans trotted off at half-time on top. Under-fire coach Eric Gerets deployed a 4-1-4-1 system with four attacking midfielders behind Mounir El Hamdaou – that’s right, four attacking midfielders: Mbark Boussafa, Abdelaziz Barrada, Younes Belhanda and Adel Taarabt! Yet the Lions of the Atlas seemed too top-heavy.

Bizarrely, presumably happy to settle for a draw (but far too soon), Morocco ominously retreated from the outset when they came out for the second half, and they ultimately paid for it. In a team where the defence is the outstanding weakness, missing its best defender by a worldly distance in Mehdi Benatia, and with only Houssine Kharja adequately shielding it, it was inevitable that they were shooting themselves in the foot. Gaps started to appear as Mozambique were urged on by the exultant home crowd, and they soon got their just rewards with Miro’s shot looming into the goal via a deflection.

Considering no North African side has scored in Mozambique in 8 previous attempts, a 1-0 loss would have been a begrudgingly respectable result to take back to Casablanca for the second leg for Morocco. However, goalkeeper Aziz El Qinani, a replacement for the mistake-ridden Nadir Lamyaghri, showed that his position remains problematic as he dropped a free-kick that was floated into the box in the 93rd minute, Domingues smashing the ball home when it fell in his path. With pressure mounting on Gerets, it was the penultimate nail in the coffin.

Ivory Coast’s attacking football is back

The mystifying appointment of Sabri Lamouchi, who had no previous management experience (other than managing to live), as Ivory Coast coach to succeed Francois Zahoui, who led the Ivory Coast to the Cup of Nations final in January, arched many eyebrows and continues to do so. Under Zahoui, the Ivorians idiosyncrasy was a risk-averse approach that emphasised defensive solidity and capitalised on the errors of opponents, the coach citing that attacking football had only led to embarrassment.

They ultimately failed to win the Cup of Nations with that approach, but the Elephants were greeted as heroes rather than failures on their return to Abidjan; the Ivorian general public sympathetic with the unpredictability of penalties. There was little to no pressure for Zahoui to be sacked, then, but for unknown reasons he was sacked.  The appointment of Lamouchi has seen a return to attacking football, but whether that is for the better remains to be seen. With this cavalier approach, Ivory Coast may be easier to beat.

The defensive partnership of Kolo Toure and Sol Bamba was omnipresent during the Cup of Nations. Such was their importance that Zahoui didn’t drop them even after qualification into the knockout stages had been assured, and they repaid his faith by not conceding any goals in the tournament.

That was then and this is now. With a shift towards a more attacking approach under Lamouchi, the partnership no longer has the protection in front of it. Kolo Toure seems to have added a few pounds and Bamba looked shaky on Sunday, as well as in the friendly against Russia last month. The numbers don’t lie: Dame N’Doye’s opening goal was only the second goal Ivory Coast had conceded at home in 7 years, and one assumes you’d have to go back quite some time to see the last time the Elephants conceded more than a solitary goal at home. Whilst Toure possess the long range passing that is essential for Drogbacking (the process whereby the ball is launched into Didier Drogba), Bamba has never been a top level defender.

Still, the understanding between Boubacar Barry and the centre-backs remains exceptional. There were some uncertain situations on Saturday which were dealt with that knowing look and shout that has been built through a period of years, splitting the partnership now with the Cup of Nations so soon could be detrimental. It is easy to over-analyse over the nature of the goals that they conceded, but  they were both remarkable pieces of skill.

Game of the weekend: Sudan 5-3 Ethiopa

A week or so ago, I wrote the beautiful chaos of watching TP Mazembe in Stade TP Mazembe was so otherworldly that it was proof that time travel does exist. After witnessing Sudan v Ethiopia this weekend, however,  I would like to say sorry for my hyperbole. The derby between the bitter East African neighbours was played at the Khartoum Stadium, and it was the proof that time travel exists; there were no comfy seats, no room for the prawn sandwich brigaders, the pitch was in a deteriorating condition, and the overcrowdedness in the stands would have made a genuine nauseating view for a Health and Safety Officer. This seemed like football that was untouched by The Man.

Forty-five goals were scored in the 16 qualifiers this weekend and there were no goalless draws. Eight of those goals came in this thrillingly chaotic clash. Enjoy: