Africa U-23 champions Gabon debuted in the Olympics with an encouraging 1-1 draw with Switzerland on Thursday. On his debut for SFG, Nathan Carr views how Les Panthères fared against CONCACAF U-23 champions Mexico. 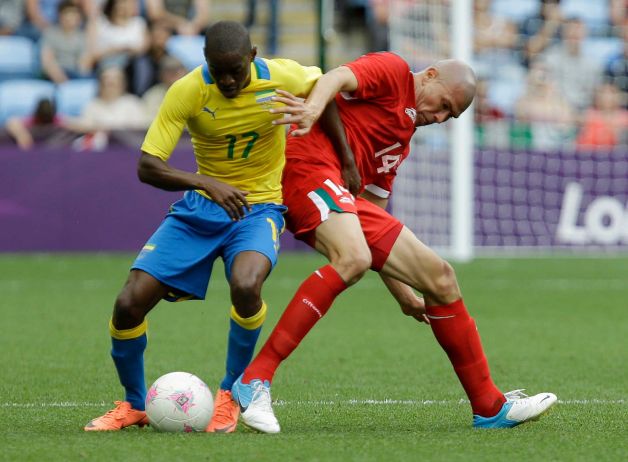 Not quite the result Gabon were looking for – but one mustn’t be too hard on them after a strong, admirable Mexico side were clinical in the final stages of the game.

The African nation did well to hold their opponents off for much of the game and headed into the break with a clean sheet. For the match, Axel Meye came in for Allen Nono and they and the team would be put under pressure from the very start with Mexico beginning brightly.

Gabon’s goalkeeper Didier Ovono was kept sharp and on his toes after producing two fine saves. And although Mexico were impressive for much of the first period, Gabon were able to flex their muscle in the attacking department, with star striker Pierre-Emerick Aubameyang looking a constant threat.

Jerry Obiang looked sharp, lively and hungry on the wide left and on a few occasions was found lurking in and around the Mexico defence but was wasteful in possession.

And in the second half, Mexico made a potentially genius substitution with Tottenham Hotspur outcast Giovanni Dos Santos coming on. And he would turn out the match winner.

Mexico sustained their early pressure in the second half, retaining possession nicely but the Gabon backline remained disciplined and resolute.

But, inevitably, Mexico broke the deadlock just after the hour when substitute Dos Santos poked home after some tidy offensive play by the Mexico attack.

Gabon responded well, and there was an air of urgency flowing around the stadium as the West African side looked to draw level with Dos Santos looking a constant danger on the break for the Mexicans.

Aubameyang twice was placed in goal-scoring situations but on both occasions he missed the chances and Gabon were left to pay the price as Mexico searched for the goal that would seal the game.

However, the match was truly over when Gabonese defender Henri Ndong hauled down Mexican Oribe Peralta. Dos Santos converted the spot kick convincingly as Gabon were left to rue their missed opportunities.