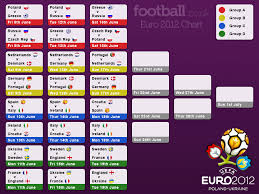 Summary of Matches: Portugal 1-0 Czech Republic Captain Ronaldo shone once again, showing his dominance during the game and ended up scoring the only goal of the game. Germany 4-2 Greece Six goals. Greeks parked the bus, but Germany managed to not pay the fare and   netted 4 goals past them. The Greeks scored 2 goals, but they were only seen as consolation goals. Spain 2-0 France Some found it boring, others thought it was a passing masterclass. Either way, the European and World Champions beat the French by two goals from Xabi Alonso. England 0-0 Italy (2-4 on penalties) After a 120 minute stalemate, a handful of Italian chances and the England post rattling on numerous occasions, it came down to penalties, which Italy has won 4-2. 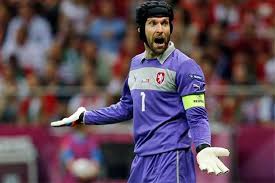 Petr Cech has admittedly produced some of the nerviest performances we have seen from the Chelsea goalkeeper in a while, conceding soft goals and making clumsy mistakes. Maybe he steps up his game during the knockout stages, making numerous spectacular and important saves to prevent Portugal from gaining a hefty amount of goals in the match. He will also be placed in Martin Keown’s good books, after he collided with his own player to prevent a goal scoring opportunity, much to Martin Keown’s approval.

Joachim Lowe decided to play André Schürrle and Marco Reus against Greece, who came to the match intending to park the bus. Lowe’s experiment paid dividends as Germany managed to net 4 goals against Greece, with Reus contributing to the score sheet. Although Schürrle was responsible for one of the conceded goals, he showed promise during the game and is definitely one German star to look out for in the future. 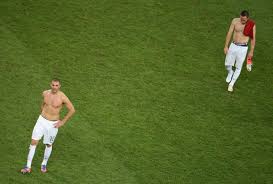 French players look dejected after their 2-0 defeat to Spain

After being on an undefeated streak for so long, the French picked up two consecutive defeats in a row: the first in a 2-0 defeat to Sweden and the next one was another 2-0 defeat, this time against Spain. In both games, the French didn’t seem too bothered about playing, especially against Spain. We know that passion alone doesn’t win you games, but France really showed that they didn’t have any. Samir Nasri being told off after a row with a reporter made me smile, however.

Roy Hodgson said that England had been practicing their penalty kicks, but it wasn’t enough to beat Italy. Both Ashley Young and Ashley Cole missed their penalties, while Italy scored four out of five our their penalties to win the game. England seemed tired towards the end of the game and penalties seemed like the best option to take. It’s a cruel way for any team to exit the tournament, quite possibly made worse by Pirlo’s cheeky penalty. But only one team had to go through and the better team did go through.

Spain vs Portugal, Germany vs Italy. Both semi-finals should be full of creative and positive football. But also expect some controversy to come up somewhere. Tactical analysis on both games will be up in a few days time.