In the final game in Group D, Ukraine and England faced off against each other, with Ukraine needing a win to ensure advancement to the knockout stages while England needed at least a draw to go through, preferably a win (greater than a French win) so they can avoid the European and World Champions Spain. It was an interesting match between the two teams, with the score ending. France lost 2-0 to Sweden, but England pulled off a 1-0 win against Ukraine, thus finishing top of the group. 1. Rooney's Drought Ends 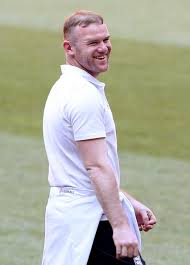 "Wazza" amassed a total of 86 minutes today after coming back from his ban and returned in typical English fashion: by frustrating the fans. Missing an easy header in the first half indicated that he was willing to score, but may not have a lucky night. However, Rooney latched onto a Pyatov mistake and scored, what Steven Gerrard described as, a simple tap in to end his scoring drought. It may not have been the best of goals, but it may be enough to inject confidence into England's star striker. Maybe it's the new hair.

England fans may prefer the current situation: England vs Italy and Spain vs France. However, they should not underestimate Italy. The Italians have adapted their tactics and formation over the 3 group stages (at one point playing 3 at the back, then opting for 4 at the back at another point). Critics say that Spain don’t seem to have a “Plan B”, which may have worked in England’s favour. It would have also set up a tantalising clash between France and Italy. But, England will need to ensure that their defence is solid when they face off against the Italians.

It’s a sad sight to see. Both Poland and Ukraine have been eliminated from the tournament, despite playing excellent football and presenting the world with amazing talent. Ukraine did not play terribly tonight, actually pressing England back for a significant duration of the game, but had only wasted numerous chances in the process. We may be starved of their presence in the knockout stages, but we will forever remember how well both teams played (or, at least for the rest of this tournament).

The ball crossed the line, but Ukraine’s goal was not given

Had to save the best (and most controversial) until last. As shown above, Ukraine had a legitimate shout for a goal, with John Terry clearing the ball once it was over the line. Although a Ukrainian player was offside during the build up, it raises questions of the purpose of the fourth official and resurfaces the debate to implement goal line technology into the game. Some may say that it’s retribution for what happened to England two years ago against Germany, but surely it only counts as karma if it happens to Germany, right? Point is: UEFA, FIFA and every other footballing organisation have a crapload of money, so spending money on goal line technology shouldn’t hurt them that much.