Salim profiles six African players who could be making a move this summer: Bruno Ecuele Manga

Sometimes sheer numbers do not lie. Laurent Koscielny particularly stood out during his time at Lorient, and alerted the blind-vision of Arsene Wenger, initially because of his impressive statistics: 328 clearances and 159 interceptions -  which were more than any other defender in Ligue 1 in the 2009/2010 season. The replacement for the Arsenal-bound defender came in the form of Gabon international Bruno Ecuele Manga from Ligue 2 outfit Angers. In the 2011/2012 season, despite Lorient finishing just 1 point above the relegation zone, the Lorient defence conceded only 14 goals at home all season, the 2nd joint least in Ligue 1. Manga has continued the Koscielny legacy, just like he did in his debut season, and was second in clearances stakes in Europe with the 378 clearances in total, behind Stoke great Ryan Shawcross.

Clearance stats on their own aren’t everything (as Shawcross leading the way shows), and Manga’s game isn’t limited to merely clearances – even though he isn’t as positionally astute as Koscielny (he made 78 interceptions last season compared to Kos’ 159 interceptions), he is young enough to improve and positionally, technically and physically astute enough to be considered a jack-of-all-trades centre-back who can perform for a bigger club.  He recently signed a new contract at Lorient, and the club is thought to have increased his buyout clause to over €10m.

“In one year we will not speak of Eden Hazard…” Predicted Louis Nicollin, the garrulous Montpellier chairman, at the start of the season 2011/2012. “We will have another name in our mouth: Belhanda.” Whilst we are still speaking of Eden Hazard, the name of Younes Belhanda is firmly making our mouths salivate in tandem with his style of play. The playmaker has been at the forefront of Montpellier’s heroic against-all-odds Ligue 1 triumph, mesmerising wide-eyed audiences with his glorious passing, peripheral vision and ice-skating grace to smoothly glide past players even in London Underground-congested situations. The lure of the Champions League will make the French-born Moroccan want to stay at Montpellier for one more season, perhaps, but the crowd of Montpellier, which is largely a rugby town, is hardly inspirational (their average attendance was eighth highest in the league, despite the success) and, more importantly, money talks. 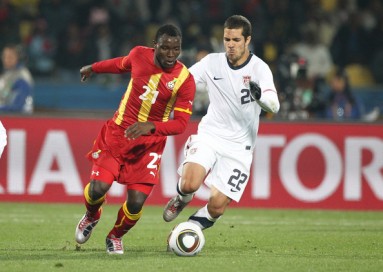 Many have compared Asamoah to Michael Essien on the basis that they’re both robust Ghanaian midfielders, but the similarities, for me, end there. Stick Asamoah just behind the striker and he’ll be able to weave in and out of the defenders. Stick him in central midfield and he provides you with incisive passing and glides through the centre in an almost Iniesta-like trance.

Stronger than 10 bags of Tilda Pure Basmati Rice, Asamoah doesn’t offer the goalscoring threat of Essien at his prime, or just sheer titanium-like strength, but he is much more picturesque on the eye. Juventus seemed set to sign the Ghanaian just over a week ago – and may very well do eventually – but he has also been strongly linked to Manchester United who are in dire need of midfield powerhouse.

Assaidi, a two-footed, direct winger was part of a menacing Heereveen triumvirate including Luciano Narsingh and Bas Dost that, on its day, was as salivating to watch as any European attack this previous season, a fine mixture of effervescence, creative intelligence and goals. Lots of goals. Fulham and Galatasaray seem to be in a two-horse race for the bustling winger and with effervescence on the ball that is instantly warming to the masses. Even though the Eredivisie defending leaves a lot to be desired, it’s almost unimaginable to imagine Assaidi being a flop at either of those clubs due to footballing reasons as he seems to have a lot in his wardrobe. After all, this is a man who is not lacking in confidence – this audacious attempt at goal may not have stood, but it doesn’t detract from what a sublime piece of skill it is – and his two-footedness makes him far harder to deal with than your average winger. At 24, he is ready for a move to a bigger club.

Physically imposing and comfortable along the ground and aerially, Ba enthralled the Premiership audience in the first half of the season with his all-around ability and staggering goal-scoring prowess. But if Ba enthralled, the addition of compatriot Papiss Cisse in the January transfer window exhausted the Geordie nation with enthralment during the second half of the season. Poor old Ba was shunted out to the left-wing to accommodate his compatriot and didn’t register a single goal from mid-February onwards. The cynics say his deployment on the left was to prepare for life after him, and the Geordie nation are unlikely to shed widespread tears if it is time to say Ba-bye. With his brittle knees proving to be a off-putting for major clubs (he failed a medical at Stoke because of those knees), who will be willing to take the risk at a bargain price? 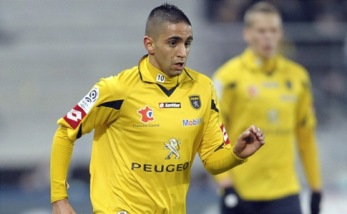 Bou is this crafty grafter?

Boudebouz, diligent and tremendously skilful on the ball, shouldered the burden of expectations for Sochaux last season as they flirted with relegation after missing a Champions League place by six points the previous season, struggling to cope with the exit of several big names (Ideye Brown,  Maurice-Belay and the departure of manager Francis Gillot to name a few) in summer 2011.

Able to play on the wing or in the centre of midfield, the 22-year-old, with his incisive passes, has been the creative grafter who has taken the game to the opposition despite the number of heads which have dropped; a reliable freight-train who has carried on producing despite the rustiness around him.

With Marvin Martin, the star of the Sochaux team, on the brink of exiting – and Sochaux willing sellers, as the last summer showed – Boudebouz has been attracting attention of his own and it wouldn’t be surprising to see him elsewhere. Athough he is far from the finished article, his ability to play anywhere in the attacking positions would make him a valuable asset and his transformation into more of a team-player certainly makes him very useful.

5 Comments on Africa’s Most Wanted