Choosing the Team of Round 2 was just as difficult as selecting for Round 1. Another Mario makes the list, but again, it's not Balotelli. I don't know how I would organise this team in real life, but here is the team anyway: GK - Andriy Pyatov (Ukraine) 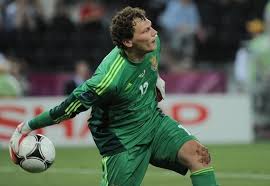 Despite conceding two goals, the Ukrainian goalkeeper had a good game against France, making notable saves against Menez (who eventually scored against him) and Mexes. Those saves spared Ukraine of any further embarrassment against the French and Pyatov will need to be on top form when Ukraine face England in the final round of the group stages. 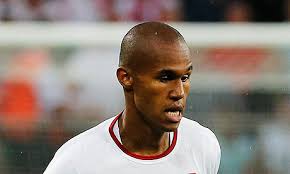 Just, only just, about pipped Glen Johnson to make it to our starting 11. The marauding full back made his presence known in the 2-1 win against Greece, constantly providing an extra dimension in the attack. He may have received racial abuse from Russian fans, but it seems as though he lets his footballing do all the talking. 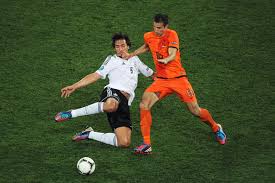 I can’t believe I omitted this guy from the previous Team of the Round, as mentioned in the Five Talking Points from the Germany vs Netherlands match. This guy was brilliant, not only maintaining his defensive solidarity, but also making a blistering run that forced two saves from the Dutch keeper. His performance (and previous omission) earned him a spot in our team. 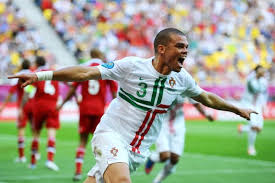 He may not be liked by many for numerous reasons, but you cannot ignore his performance against Denmark. Did alright in the defence, but his greatest contribution to the game was a brilliant strike that aided Portugal’s 3-2 win against Denmark.

My choice of Phillip Lahm was not only because he is a likable person, but also because he frustrated Robben during the game, which saw the Dutchman walk of the pitch in disgust after being substituted.

Has he been reduced to an impact sub? If so, then he is one hell of an impact sub. Within 3 minutes of coming onto the pitch, he smashed the ball into the net to provide an equaliser against Sweden. He continued to use his pace and attacking mentality to further torment the Swedish defence, eventually setting up Danny Welbeck who backheeled the winner to make it 3-2 to England.

Jetro Willems definitely left that game knowing that these tournaments are difficult. Despite having a decent first game, he could not cope with Muller’s constant barrage of attacks down the Germany right-hand side and thus had a very poor first half performance. Muller used his experience, and Willems’ lack of experience, to provide constant pressure on the Dutch throughout the game.

The captain scored a vital goal in the 1-1 draw against Russia and will expected to lead his team to a much needed victory against the Czech Republic. Plus he has one of the most difficult, yet best, names in the whole tournament. 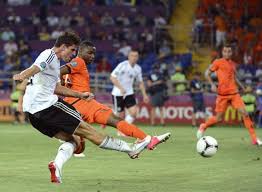 The next Mario in our Team of the Round goes to Gomez, who bagged two goals against the Netherlands, amid criticism from many fans and pundits for his apparent “lack of contribution” towards games (even though he scored a ton of goals for Bayern Munich). Believe me when I say that this is only the beginning and there is more to come from this talented striker.

He may think he is the best player in the world, we may think it’s all a load of rubbish, but there’s no denying his positive performance against Portugal, scoring both of Denmark’s goals in their 3-2 defeat. He may not play well domestically, but on an international level you cannot deny his positive contributions to the Denmark national side. 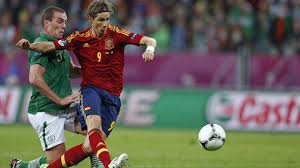 Our 3rd striker also scored 2 goals. Fernando “Nando” Torres had the same intentions as Gomez, to prove all of his critics wrong. Hopefully this is the first step in him regaining confidence so we can see the Torres we all used to love, the same Torres that defenders used to fear when they saw him set foot onto the pitch.