[James Eugene] With the first round of matches over, it is time to select our Team of Round One. Difficult choices had been made, especially with omitting a few players entirely, or merely placing them on the bench. I can also hint that someone by the first name of Mario has been mentioned, but it is not the Italian. Without further ado, here is the team: GK – Przemyslaw Tyton (Poland) 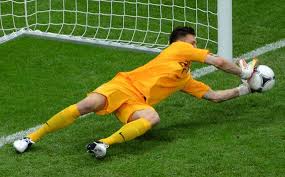 Imagine the feeling of sitting on the bench expecting not to play, to then being dragged onto the pitch to face a penalty because the goalkeeper who started ahead of you gets sent off. Przemyslaw Tyton was probably thinking "bloody hell" as he was about to come onto the pitch with his first task being to save a penalty. Keeping a cool head, the dived to his left to save the penalty taken by Greek player Karagounis. Cue "Rise of the Tyton" headlines.

I’ve probably given this title to many players, but Debuchy was a beast against England. He gave Ashley Cole a lot of grief, something not many players have been able to accomplish this season. Bombing forward frequently and getting back as fast as he could down that right flank, forcing England’s young star Alex Oxlade-Chamberlain to track back on numerous occasions and even pick up a booking. 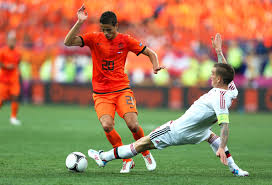 One hell of a performance from the Denmark and Liverpool defender Daniel Agger. Critical tackles here and there frustrated the Netherlands players throughout the course of the game. The captain’s partnership with Simon Kjaer was also a spectacular sight to witness. 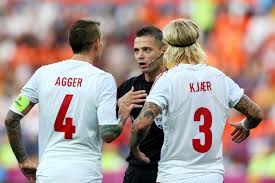 Was tempted to place Lescott in the starting eleven, but Simon Kjaer’s partnership with Daniel Agger was too difficult to dismiss. Keep a close eye on this defensive pairing as they hold the key to helping Denmark progress through the group stages. Their defensive partnership is also good when it comes to negotiating with the referee, as seen above.

Jetro Willems, despite being 18 years old, played well by nullifying Romadahl’s pace on the Danish right hand side. But it was the Danish left-hand side that did the most damage. Poulsen and Krohn-Delhi spent most of the match terrorising Gregory van der Wiel leading to many goal scoring opportunities, allowing us to place Poulsen in our starting eleven. 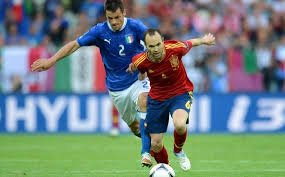 One of the key men in the Spanish side and perhaps the only guy who made continuous positive contributions in the game against Italy, little Iniesta continues to dazzle the viewers with his spectacular performances against the opposition. He was one of the few players that the Italians struggled to keep quiet throughout the match. If only Spain started with a striker… 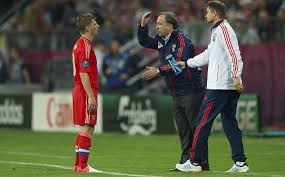 He may not live up to expectations when playing for Arsenal, but you cannot fault his contribution for the Russian National Team. Andrey Arshavin bullied defenders with his technical ability, orchestrated key passes during the game and also provided his team with inspiration to beat the Czech Republic. If Russia are to progress far in this tournament, the team will be relying on its captain to be a consistent performer in order to spur them on. 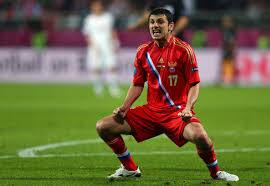 Look at the joy on his face. You would be happy too if you score 2 of the goals in the first match of the tournament. The first goal was smashed home after Aleksandr Kerzhakov’s header hit the post and fell to Dzagoev. The second goal put Russia 3-1 up against the Czech Republic, in which Petr Cech was criticised for not handling the situation well enough. Nonetheless, Dzagoev’s performance was truly outstanding. 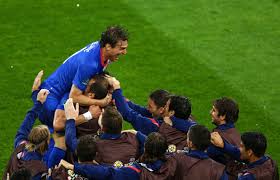 One Mario shone for the right reasons in Group C and it was not Balotelli. Mandžukić’s performance was memorable, scoring against Ireland only after 2 minutes after he got his head onto the end of a cross. He also bagged another header in the 2nd half, which was the last goal of the game that saw his side win 3-1. 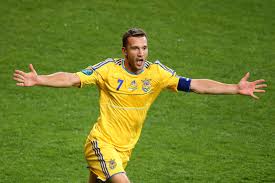 Is the word “legend” enough to describe this guy? Inspiring his team to improve the way they were playing after they went 1-0 down to Sweden, Shevchenko scored 2 brilliantly taken goals for Ukraine which led to his side winning the game 2-1. After the game, the whole Ukraine playing staff went absolutely wild. They now sit at the top of Group D and winning the next game will almost guarantee Ukraine progressing into the next round.