Less than a week to go before the tournament gets underway, fans across Europe are highly anticipating excellent matches from all teams. Participating teams have the opportunity to not only field their most experienced players, but to also provide their young players - the future of national teams - a chance to accumulate valuable international experience. Sandals For Goalposts have compiled a list of the 5 players for you, the reader, to keep a watchful eye on for the duration of the tournament. 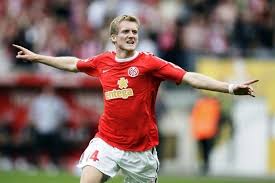 Germany are currently churning out some of the most technically gifted youngsters in Europe (other than Spain) such as Mezut Ozil and Mario Gotze. I suspect that everyone will be keeping a close eye on those players, but they should also look out for Andre Schurrle of Bayer Leverkusen. The winger has 14 caps to his name, amassing 7 international goals in the process. Known for being an engine on the pitch, he has also gained a reputation for destroying full backs and leaving them to watch him straddle along the flanks. Hopefully we will be witnessing some of Schurrle's impeccable technical ability in the tournament, provided he gets enough playing time. 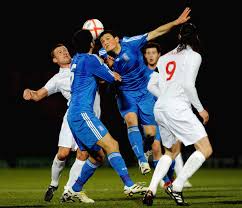 I previously  wrote a Scout Report on the 20 year old Greek defender who is a star in the making. Papadopoulos will be an instrumental figure in a Greek side known for not only their (overly) defensive approach towards the game, but also the club who have the oldest goalkeeper (Kostas Chalkias) and oldest outfield player (Nikos Liberopoulos) in the tournament. 10 international caps with 4 goals is a very impressive tally for a defender. Taking into account that he has won 3.1 aerial duels per game, the youngster’s size and confidence will play a pivotal role in ensuring that Greece pull off a string on 1-0 victories (again!) 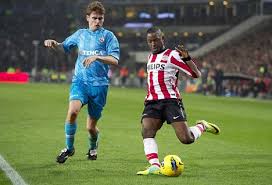 All hail the youngest player in the tournament: Jetro Willems. The PSV left back has 2 caps to his name so far and will be out to increase that number. The unfortunate injury to Erik Pieters had resulted in Netherland’s coach Bert van Marwijk to call up players to replace him, which included Willems. What may have shocked people even more was the fact that Urby Emanuelson was cut from the team , showing that the coach has injected his faith into Willems. The young prospect will be out to impress not only his country, but potentially other clubs who are thinking of investing in him.

I had to include Super Mario for two reasons: 1) he has a crazy amount of potential which may be unleashed during this tournament, and 2) even if he does not play well, he will at least make us laugh by doing something extraordinary. The Manchester City striker has been a controversial figure at every club he has been to, yet he has produced some of the most spectacular finishes and skills at the same time:

Oh, and he has the best/funniest goal celebrations I have seen in a while! 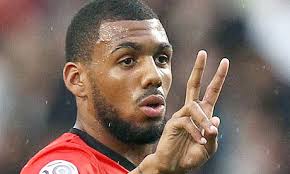 A lot of hype is surrounding the young midfielder, but it has been justified. Solid performances shown by the 21 year old while playing for French side Rennes were a signal for Laurent Blanc to include the youngster in the France Euro 2012 squad. His powerful style of play in the center of the field has led some critics to construct comparisons with French legends Makelele and Vieira. Possessing the ability to not only read the play, but the vision to create chances, omission of M’Vila would have been a crazy move by Blanc. Being constantly linked with numerous clubs around the world (not as constantly linked as Eden Hazard though, but let me save that rant for another day), Euro 2012 will provide the perfect platform for M’Vila to take charge and impress all of those out to include them in their squads in the future.