With the transfer windows now closed in Africa, we take a look at the most eye-catching transfers of the summer transfer window. Ben Malango | TP Mazembe to Raja Casablanca  [...]

The relationship between football federations and expat players is one that has become increasingly important in modern football. For an international team to become [...]

We have had a very thrilling Africa Cup of Nations finals in Egypt. In the two finalists Senegal and Algeria we have two of the best teams in Africa clashing against each [...]

Words by Tom Danicek One last game ahead of us. So far, my pre-quarterfinal Power Rankings have aged perfectly; my top4 made it to the semi-finals, then Nigeria indeed [...] 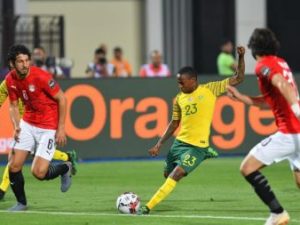 Many people have been surprised by Egypt exiting at the hands of South Africa last Friday. It was supposed to be a one-way affair. But football spirits and Gods work in a [...]